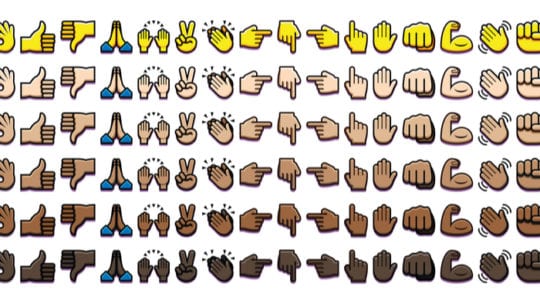 As our nation grapples with rampant injustice and a movement for change, PR pros must embrace their role driving media conversations with greater responsibility.

Consumers are holding brands, and their leaders, to a higher standard. PR pros must learn cultural terms and utilize insights to craft respectful messages.

POC vs. BIPOC vs. BAME

POC is used to encompass all non-white people. BIPOC aims to offer more nuance and inclusion than POC. As the BIPOC Project says, “We use the term BIPOC to highlight the unique relationship to whiteness that Indigenous and Black (African Americans) people have, which shapes the experiences of and relationship to white supremacy for all people of color within a U.S. context.”

BAME is most often used in the UK and stands for Black, Asian, and Minority Ethnic. This acronym is akin to BIPOC, which is an encompassing term.

The National Association of Black Journalists' style guide recommends allowing a subject’s preference to determine which term to use. "In a story in which race is relevant and there is no stated preference for an individual or individuals, use Black because it is an accurate description of race. Be as specific as possible in honoring preferences, as in Haitian American, Jamaican American or (for a non-U.S. citizen living in the United States) Jamaican living in America.”

As a general rule, it is best to use a specific label when speaking about a specific group. While these terms can help communicate a broad group of people, it doesn’t capture the nuance of individual racial and ethnic groups.

Black refers to anyone of African descent, including native Africans, African Americans, Caribbean Blacks and Afro-Latinos.

An African American is a US citizen of African descent whose ancestors lived in America before and during the era of the Transatlantic Slave Trade.

You may have noticed that Black increasingly is capitalized. Last week the LA Times, USA Today and NBC News said they're capitalizing Black. The AP Stylebook, though, has kept it lowercase. The National Association of Black Journalists (NABJ) is a great resource to learn more.

Latino vs. Latinx vs. Hispanic

Hispanic denotes language, while Latinx denotes geography. People from Spain are Hispanic, but not Latinx. People from Brazil are Latinx, but not Hispanic.

Asian is the correct term to describe a person, place or thing that comes from, or is associated with, the continent and region of Asia. Oriental is an offensive, racial slur.

Arab vs. Arabian vs. Middle East

Arab is a broad descriptor for a pan-ethnic group (i.e., people of disparate ethnicities, but related cultural origin). Arab denotes someone from a nation in the Arab League. A group of Arab individuals are Arabs, not Arabics or Arabians.

Note: Some people who reside in Arab countries don’t identify as Arab; the Kurds are an example.

The term Middle Easterner should never be used. It is deemed offensive.

Emojis, graphics and photos can trigger an adverse response if cultural nuances are ignored.  These tips will help you choose mindful icons and graphics.

Fist: This emoji is synonymous with historical social justice movements involving race, gender and class. It’s best to avoid using it when referring to something unrelated to these topics.

Skin tone: Select yellow as the default option for human emojis. This is considered the neutral/universal version. White people should use yellow or white emojis.

It is an increasing trend for brands to use all skin tone versions of the emoji back-to-back to express inclusivity and solidarity (ex: ✊🏻 ✊🏼 ✊🏽 ✊🏾 ✊🏿 ). When doing this, be mindful of context. Is your brand’s workforce diverse? Has it made a tangible effort to support diverse communities? If not, avoid using skin-color emojis. Using them exposes your brand to charges of being momentarily trendy and/or merely appearing to be supportive.