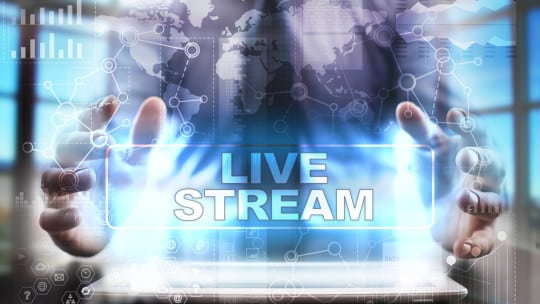 Even the most seasoned actors will tell you that performing live is a scary thing. And many brands just starting to experiment with Facebook Live are confronting that same fear. But best practices are emerging through the trial and error of early adopters, and sometimes those lessons buck conventional wisdom.

For instance, one of the most common mistakes brands make on Facebook Live is thinking the videos should be overly casual in style and substance. After all, we’re often told that authenticity is king. But just because you can go live with nothing but an iPhone and an idea doesn’t mean you should.

When representing a brand, a certain level of production value and preparation is required, says Brittany Detamore, a social engagement strategist at IBM responsible for day-to-day management of the firm's Facebook, Twitter and LinkedIn accounts. Detamore, who will speak about Facebook Live at the upcoming Big 4 Social Media Summit in San Francisco, August 9-11, offered a few lessons learned for those new to live streaming.

“There’s a misconception that replicating a panel session is what people are looking for, but your audience really wants to interact with you,” she says.

Brands need to understand that live-streaming is more about the audience than themselves, she says.

“This is really the first time there’s a video capability that allows you to communicate with viewers in real time,” Detamore says. “So, you can still do a Q&A, but the questions should come from the audience—you should look for opportunities to interact with them directly at every turn.”

Some of the company’s most successful live streams involve 13-year-old developer Tanmay Bakshi, who teaches basic coding skills—programming a chatbot to order pizza, for instance—simplifying it for the everyday viewer. While he’s charismatic and engaging, IBM was taken aback at the popularity of Tanmay’s streams.

“We didn’t think that showing somebody coding would be popular on Facebook—but it’s a demonstration and a teaching opportunity and that’s what we've found to be successful,” Detamore says. “We wouldn’t find a panel of executives very successful—the audience isn’t invested in what’s happening. But with Tanmay, if they leave, they won’t learn how to do something, so the retention rate is great.”

For IBM, the perfect length of a Facebook Live broadcast is about 45 minutes to an hour. A minimum of 20 minutes is best, Detamore says, but if you go past 90 minutes, you’ll lose the audience.

Still, you don’t want to blindly adhere to a set length: You have to read the audience. If IBM finds that the peak live viewer count is rapidly diminishing, it will wrap up.

“I don’t think shorter is better on Facebook Live, it’s one case with videos on social where you can go long,” she says. “But the caveat there is you have to take your cues from the audience.”

Learn more from Brittany Detamore at PR News' Big 4 Social Media Conference and Google for Communicators Boot Camp, which will be held August 9-10, 2017, at the Grand Hyatt in San Francisco. Brand communicators from Google, Macy's, Taco Bell, Princess Cruises and many more will discuss everything from courting influencers to SEO trends.

Successful live productions strike a balance between preparation and interaction. IBM will draft a script that dictates what happens in the first five minutes, but the rest of the stream isn’t nearly as choreographed.

“There’s a tiny lag on Facebook, so you want to have your guests and host know exactly what to say at the beginning, as the audience starts joining in,” she says.

Once the audience joins in, it’s important to engage with them immediately by acknowledging comments and questions as they come in, and calling out people by name. And the best way to do that, Detamore says, is by having three key players work in tandem: a guest, a host and somebody to monitor the comments.

“We always have a guest and a host—the host keeps the flow of the conversation going while acknowledging the Facebook audience,” she says. “And then, you need a person behind a computer monitoring all the comments, hiding inappropriate remarks and answering questions in the comment stream that the speakers can’t get to.”