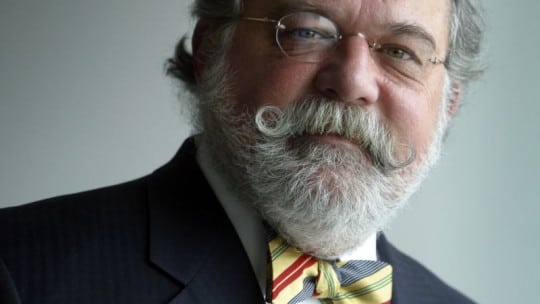 In one of his first public appearances since retiring as special counsel to President Trump, attorney Ty Cobb offered conventional wisdom for brand communicators mired in a PR crisis: respond quickly.

“Speed matters…[brands need to] get in front of issues,” Cobb said during a June 13 session, "Truth on Trial: Implications for Communicators, Ethics and the Collapse of Institutional Trust." George Mason University's Schar School of Policy and Government presented the event in Arlington, VA, a Washington, D.C. suburb.

Despite an initial stumble, Starbucks is the model of the moment for quick response to a potential crisis, Cobb and other panelists said. They were referring to the incident in a Philadelphia Starbucks in April. Cobb cited Wells Fargo as a brand “apologizing now” in TV commercials for something it did wrong “five years ago.” Cobb added, “Most people don’t even know what [Wells Fargo is] apologizing for when they see those commercials.” Part of the issue, he admitted, is the commercials fail to mention the bank’s bogus credit card scandal that resulted in CEO John Stumpf’s ouster and record federal penalties.

Starbucks was able to react quickly because it was "prepared," said KayAnn Schoeneman, SVP, practice director of public and corporate affairs at Ketchum. The coffee maker knew what its principles and values were well before the Philadelphia incident, she added. This is different from earlier times when each unit of a company tended to have its own views on issues, she said. Things were more "silo-ed."

Starbucks' rapid response was possible because its stance on racism is part of the brand’s values and “there was a plan in place” to deal with the situation, added Neil Foote, president, National Black Public Relations Society.

The need for brands to respond quickly and with authenticity in today’s lightning-fast news cycle has resulted in firms, including Ketchum, restructuring, Schoeneman noted. Ketchum’s North America business restructured June 1, encircling clients with 14 industry teams that are supported by communications specialists.

On the question of whether or not a response must come from the CEO, panelists were divided. While an upcoming survey from D S Simon Media will show 84% of journalists say a company’s response sounds more authentic from the CEO, many CEOs “need preparation and training” to be a brand’s spokesperson, said veteran journalist Karen DeWitt, a correspondent for Talk Media News. Sometimes there's someone better than the CEO to speak with media, she said.

And CEOs must be transparent, not just seem to be so, added Daily Beast columnist Michael Tomasky, who said Facebook chief Mark Zuckerberg waffled for months regarding allegations of Russian use of his platform to spread fake news during the 2016 U.S. presidential elections. Eventually he acknowledged the possibility and began cooperating with U.S. government investigations.

Other panels dealt with how the country can create a civil discourse and restore public trust to institutions. There also was a heated discussion, without agreement, about whether the country is experiencing an unprecedented period of discord.

Acknowledging politics is "a contact sport" and people need to lick their wounds and get back in the game, Cobb urged a reduction in hate in communications, politics and personal relationships. “Just stop hating…stop demonizing people.” He suggested this will not occur quickly, in part because cable news attracts people “interested in a [political] food fight.” There’s less hate on some broadcast networks, he added. Cobb suggested polarization has risen because so many people "silo themselves" by watching the cable news channel(s) that confirm their political views.

On the other hand, Cobb is somewhat optimistic things can improve because "we're having discussions like these" and people like Roseanne Barr and Robert de Niro "isolate themselves" when they spout extreme views. "People tune them out."

Other panelists spoke of the contribution of social media to the decline in trust and the spread of fake news. Nneka Chiazor, VP, public and government affairs, Cox Communications of Virginia, noted when someone makes a crank call to 911 they can be charged with a crime. When someone puts false news on social media, “nothing happens to them,” she said.

Social media's ability to transmit false information quickly has made communicators "hypersensitive" about everything they say, added PRSA CCO Laura Kane. Moreover, the lack of trust in institutions means "you get no benefit of the doubt even when you make an honest mistake," she added.

LEVICK chairman/CEO Richard Levick noted the rise in transparency has had unintended consequences. "Communicators are less willing to communicate" fearing the legal consequences of what they say, Levick said.

Cobb and others urged perspective. The public’s lack of trust in institutions “did not happen overnight,” Cobb said. For example, President Richard Nixon and National Security Adviser Henry Kissinger “lying” about U.S. bombing campaigns during the Vietnam War ripped the country apart, he said. Governments can’t come back from such events easily, Cobb said, especially because “there’s been little trust-building since.”

From July 31, 2017 until May 2, 2018, Cobb managed the White House’s response to Special Counsel Robert Mueller’s investigation of Russian interference in the 2016 U.S. presidential election. Reporting directly to Trump, Cobb allegedly disagreed with the president's derogatory tweets and negative attitude toward Mueller and the investigation. As many of the president's personal attorneys participated in the Michael Flynn and James Comey events, they recused themselves, necessitating the need for Cobb's position as the White House's legal representative to the Mueller investigation. As such, Cobb was not the president's personal lawyer. The press often failed to make that distinction, Cobb said during the session at George Mason.