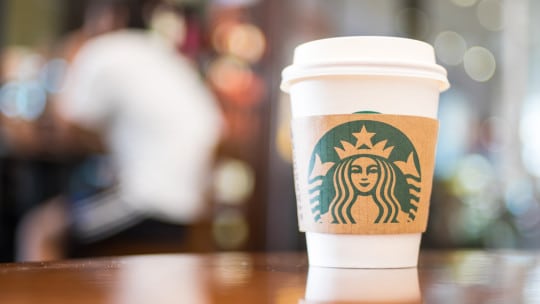 Starbucks found itself in hot water on April 12 that had nothing to do with brewing coffee. The manager at a downtown Philadelphia location of the popular chain called police to report two black men were sitting in the shop, waiting for a colleague. The two men were arrested, and held until the early hours of the next morning.

Condemnation of the arresting officers and the manager, who claimed company policy reserves seats for paying customers, highlighted a disconnect between Starbucks' image as a progressive, inclusive company and the way these men of color were treated. For communicators, this crisis offers substantial takeaways about the need for timely accountability and the power of social listening.

@Starbucks The police were called because these men hadn’t ordered anything. They were waiting for a friend to show up, who did as they were taken out in handcuffs for doing nothing. All the other white ppl are wondering why it’s never happened to us when we do the same thing. pic.twitter.com/0U4Pzs55Ci

“When the anonymous black person enters the white space, others there immediately try to make sense of him or her—to figure out “who that is,” or to gain a sense of the nature of the person’s business and whether they need to be concerned.” - Elijah Anderson, “The White Space” https://t.co/i3F7gg6cNC

Ever since I posted this, I’ve had white strangers AND friends say “there must be something more to this story.” That assumption is a big part of the problem. It does happen. All the time. Just not to you and me. Believe it and speak up.

On Saturday, April 14, Starbucks issued a short apology that was universally condemned for its brevity and the generic nature of its wording. The next day, April 15, an apology from Starbucks CEO Kevin Johnson noted the brand's culture condemns racial discrimination and profiling. He promised the company would investigate why the incident led to such a "reprehensible outcome." Johnson also said regional VP Camille Hynes was in Philadelphia "to speak with partners, customers and community leaders as well as law enforcement."

Suffice to say, much damage was done. Black Lives Matter condemned the incident, citing it as another textbook example of the unsubstantiated fear that arises with black men simply being present in white spaces. #BoycottStarbucks trended all weekend, and protests outside the Starbucks in question are set to continue throughout the day Monday. As of this writing, protestors effectively have shut the location where the incident occurred, taking over the restaurant and confronting management at the establishment to request that the employee who called the police be fired.

Still in crisis management mode, Johnson went on "Good Morning America" today (April 16) to announce he was planning to meet the two men, hopefully this week, and that Starbucks would train its employees to not act on unconscious bias. He also reiterated his belief the situation should never have escalated to the point where an arrest was made.

FULL INTERVIEW: "I personally apologize..." Starbucks CEO Kevin Johnson one-on-one with @RobinRoberts in his first interview after two black men were handcuffed at a Philadelphia store.

Brand communicators know gathering information often is the first step in crisis management. Situations dictate how long fact gathering should last before the company or CEO enters the fray. In this case it seems three days was entirely too long to wait before getting involved in the conversation.

Nonetheless, Johnson was accountable,  involving himself in the dialogue and conversations about unconscious bias and policy reform at Starbucks. Earlier today it was reported Johnson already was in Philadelphia and the manager and the company agreed to part ways.  It wasn't too little, but time will tell if it was too late.

Some believe such accountability should acknowledge the company's past initiative encouraging conversations about race relations. In 2015, Starbucks launched a "Race Together" initiative where employees wrote the phrase on customer cups to start a dialogue about race relations in America. The initiative was retired after only a couple of weeks, with many pointing out the largely white makeup of Starbucks' leadership and deriding "Race Together" as nothing but a band-aid on a much larger wound. It also delayed customers from getting their coffee promptly.

Under Johnson's leadership, Starbucks has an opportunity to engage in social listening that it has long been lauded for and learn from the responses to his statement. In response to his statement's claim that the incident should never have escalated to the point of arrest, for example, one Twitter user had this to say:

“Our manager never intended for these men to be arrested...this should never have escalated as it did.”

Engaging with your followers about funny drink orders or anecdotes at the counter is one thing, but if Starbucks can instead leverage its reputation for social listening to function as an active conduit for meaningful discussions about race, class and "otherness" in modern society, then the brand can also position itself as the catalyst for conversations about corporate America that many believe are long overdue.

Starbucks did not immediately respond to our request for comment.