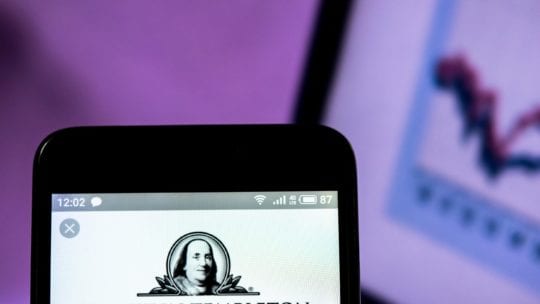 On Memorial Day, a video went viral of a white woman, Amy Cooper, calling the police in New York City's Central Park about a black man, Christian Cooper (no relation), after he asked her to leash her dog in a leash-required area. Despite no evidence of a threat, Ms. Cooper repeatedly cited being threatened by an "African American man" in her 911 call. Mr. Cooper captured video of the altercation, which sparked widespread outrage at Ms. Cooper's racist report, after his sister shared it on social media. The episode comes at a time when national attention is focused on recent killings of unarmed black Americans, as well as social-distancing arrests that predominantly target people of color.

Ms. Cooper’s employer, investment management firm Franklin Templeton, was quick to respond, issuing a statement the evening of May 25:

In response to an incident involving an employee on May 25th, Franklin Templeton issued the following statement. pic.twitter.com/8f2lMwK0r5

By the afternoon of May 26, the company said Ms. Cooper was fired.

Following our internal review of the incident in Central Park yesterday, we have made the decision to terminate the employee involved, effective immediately. We do not tolerate racism of any kind at Franklin Templeton.

In terms of crisis response, Franklin Templeton followed best practices: The company issued a statement to let the public know it was investigating the employee (albeit late that evening; a daytime response would have been ideal).

The initial statement noted Ms. Cooper was on "administrative leave," drawing ire from Twitter users who argued she should have been fired immediately. Little more than 24 hours after the video was posted, the company terminated Ms. Cooper.

Reaction time is of utmost importance when a video of an errant employee goes viral. Recognizing the crisis for what it was early—an incident with the potential to damage company reputation, especially once a Twitter user dug up Cooper’s LinkedIn profile—was to Franklin Templeton's benefit. Firing Ms. Cooper within 24 hours validated the company's statement that it does not "condone racism of any kind."

"The quick decision to release Ms. Cooper shows both a prescient understanding of the current cultural climate and a company code guided by strong morals," New York City-based Ericho Communications said. "Franklin Templeton's quick turnaround and decisive action allows it to avoid the secondary controversy that would be caused by inaction, while taking a strong stance that communicates a positive image of the organization."

One would hope the incident spurs internal communicators at Franklin Templeton to examine implicit bias at the company/ Perhaps it will hire an outside D&I firm to ensure employees are trained to recognize racial bias inside and outside of the organization. Even better, as one Twitter comment suggested—liked over 9,000 times as of this writing—ensure Cooper's position is filled by a person of color.