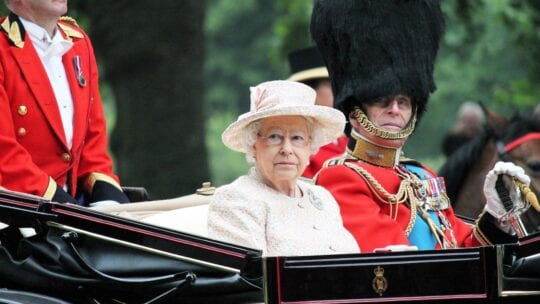 Royal fever landed on America’s shores Sunday night when Oprah Winfrey conducted an interview with the Duke and Duchess of Sussex, Harry and his wife, Meghan Markle.

Chances are you’ve watched the interview, or read some of the many responses to it. The TV event became more than a friendly, celebrity chat. It provided shocking allegations of racism within the royal family, as well as Markle revealing her struggles with mental health, contemplating suicide and not receiving help, while under the jurisdiction of the crown.

So, for even passive viewers of the royals’ stories, hearing the conflicts of Harry and Meghan may have caused many to pause and take notice. Especially because so many can identify with the issues of race and mental health and family strain possibly occurring in their own lives.

It’s safe to say Buckingham Palace is in the midst of a global reputation crisis. The language and anecdotes not only affect western cultures and viewership, but fundamental connections to Britain throughout the world.

During a crisis, PR professionals know how crucial the time it takes to respond can be. While it’s important to get wording and sentiment right for a statement, a story can spin and communicators can lose control of the narrative as the clock continues to tick. Shaping the message is a priority. As Ben Marter, American Petroleum Institute's director of communications told PRNEWS in 2019, “If you have control over the news, you're probably not in a crisis.”

“In a way, the Palace has found itself between a rock and a hard place,” Brilliant said. “Respond too quickly, and the response looks pre-packaged, insincere or panicked; take too long to respond, and a vacuum develops that gets filled with controversy and headlines, whilst the Palace slowly loses control of the story.”

“Publicly responding in depth to the interview dignifies the claims and adds fuel to the fire, further dragging the story out; yet failing to address any of Meghan and Harry’s points head on, especially the race issue, would have made the Palace look aloof, out of touch and—in the time of the Black Lives Matters movement—potentially inflamed the situation further,” he said.

“These are the fine line decisions crisis communication and PR specialists have to weigh up every time a crisis like this breaks.”

Reading Into the Statement

The short, light statement may prod more questions than answers. Several phrases provoke inquiry, including “saddened to learn the full extent” as well as “While some recollections may vary.” These seem to vaguely contrast with the testimony that the couple repeatedly sought help from the family.

However, Brilliant said the statement says quite a bit, regardless of the length.

“The statement has been issued on behalf of the Queen—the head of the family—which demonstrates the interview and its contents are being taken seriously,” he said. “The statement opens by expressing sympathy for Harry and Meghan, which humanizes the royal institution and demonstrates compassion."

He added, "The race claim—certainly the most damaging in the interview—isn’t denied or undermined, but rather acknowledged and addressed head on. The message then ends [in] a conciliatory tone. In three short paragraphs, the statement has, therefore, demonstrated compassion, promised action and extended an olive branch—whilst avoiding further stoking the flames.”

While preparation is key to herding a crisis, not all claims can be foreseen. Brilliant said the royal family’s PR team most likely planned for “every eventuality.” Certain comments, such as those about Archie’s skin color, probably threw pre-planned responses “off kilter,” he added.

In the end, it remains to be seen whether waiting will cause irreparable damage. Brilliant said, if anything, the timing shows concern for the situation.

“In the end, I think the Palace has responded well under difficult circumstances. The silence from the Palace was starting to become louder, so there’s no question they needed to get a statement out. Yet by taking over 24 hours to reply, they have shown that they have given the claims in the interview due consideration and haven’t sought to dismiss or belittle them out of hand.”