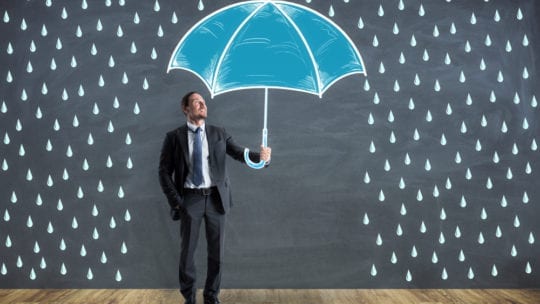 Some PR pros may find themselves on a learning curve when deciding what constitutes a “crisis.” Calls may increase at a customer service center. A company may appear on Google Trends. Or, as Margaret Standing, director, corporate communications at Designer Brands, puts it, “You can watch your Apple watch, and see the increase of beats per minute. That’s when you know there is a crisis.”

So what should PR pros focus on during a crisis? That was the focus of a panel during PRNEWS' Crisis Management Workshop at the National Press Club on April 17 in Washington, D.C.

Every Person Has a Position

From employees to the CEO, everyone needs their role defined in a crisis. That definition should come from a core crisis team's advance planning, said Meg Ryan, director, corporate affairs at Hilton, which has 17 brands in 113 countries with 5,600 properties. Coordinating messaging, especially during weather disasters like hurricanes, is essential to brands with a global footprint. Hilton, Ryan said, uses an external communications policy that all employees need to acknowledge when hired. Everyone from bellhops to bartenders know media inquiries are centralized and must be sent to a general manager.

Aside from a large company with many employees across the globe, internal communications can also be difficult to wrangle, particularly when marketing and PR teams are in separate silos.

Ryan provided an example of what can happen when teams work in silos.  Not long after 2016’s fatal gator attack at Walt Disney World in Orlando, Hilton’s Grand Vacations brand sent an email urging visitors to “Take a Bite Out of Orlando.” Integration might have stopped this bluff. Breaking down silos when a crisis erupts is extremely important.

Turning to the subject of controlling the message during a crisis, Ben Marter, the American Petroleum Institute's director of communications and a veteran of House and Senate communications teams, said, “If you have control over the news, you're probably not in a crisis.”

He insisted that initial news reports are “notoriously wrong,” but that some simple rules can reduce the odds of a day-one story growing legs and running. His favorite rule of thumb? “Don’t chase squirrels,” he said.

“When something happens there will be different variations of questions. It's a reporter's job to get an angle on a story." [Brands need to] "set one message and stick to it.”

Marter said to also clearly establish a schedule for media briefings. He learned this up close while working for Senator Chris Murphy of Connecticut during the Sandy Hook shootings.

“I watched the law enforcement community very closely. They stick to this like white on rice. They are very strict on setting a schedule for communicating...so everyone knows where and when to get the next round of information.”

While crisis response can be overwhelming, savvy communicators avoid letting other tasks slip through the cracks.

“We notice people stop communicating during a crisis,” said Kristen Thomaselli, VP, Qorvis Communications. “It seems like it would be the opposite, but it’s not. Your allies need to be more engaged than ever” during such times.

Thomaselli urges brands to be proactive and tap their networks, which can include everyone from investors and academia to online communities. Reach out to allies at least twice a week during a crisis. Sometimes they can be your “most important” supporters, she said.

Not everything about crisis is negative. You can spot the best of humanity during natural disasters and other difficult events. “Look to source positive stories that come out of a crisis or solve an issue,” Ryan said.