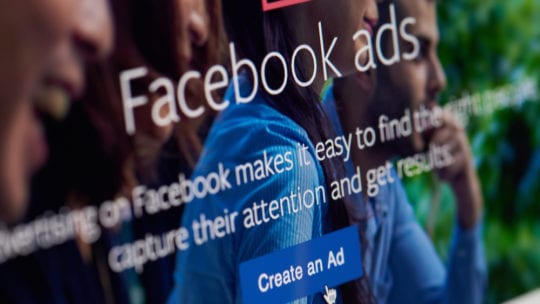 Facebook founder Mark Zuckerberg is facing yet another rising tide of displeasure with his company content policies—and this time it could hit him right in the wallet.

A group of several civil rights organizations banded together last week, launching a campaign against Facebook in response to the allowance of what civil rights advocates classify as hate speech. The NAACP, Anti-Defamation League, Color of Change, Sleeping Giants and Common Sense Media have called for advertisers to halt all paid-post spending for July. A coalition website lists examples of Facebook's complicity in the promotion of violence, racism and anti-semitism, as well as proactive steps Facebook can take to improve its product and address hate online.

Much of the recent backlash stems from Facebook’s decision not to remove a post by President Donald Trump on May 29, which many saw as an incitement of violence. Trump posted the same language on Twitter, which, unlike its competitor, marked the tweet with a warning stating it "violated policy regarding the glorification of violence."

Zuckerberg has continued to argue his platform does not have the right to censor politicians or the news, and that users should have the opportunity to draw their own conclusions (as he stated in an October 2019 speech at Georgetown University). While Facebook hasn't explicitly stated a plan to clamp down on the President's posts, Axios reported that Trump phoned Zuckerberg after the post received criticism, and that on that call, Zuckerberg expressed concern over the post’s rhetoric.

Some have even gone so far as to say that President Trump and the Facebook founder have a pact in place, given the platform serves both of their interests. According to a 2018 report by Bloomberg, Trump spent over $44 million on Facebook advertising in 2016. That figure is expected to increase in the 2020 election cycle.

How Much Does a Bad Reputation Cost?

Several global businesses have answered the call to pull advertising, including Patagonia, 360i, REI, The North Face and Upwork. If a wave of others follow, it could signal serious problems for Facebook—not necessarily its finances just yet, as Facebook currently sees more than 8 million advertisers generating over $69.7 billion in revenue. But a general sense that Facebook is toxic could impact the platform's reputation, and ultimately, the user numbers that attracted advertisers in the first place.

In addition, Facebook no longer holds the monopoly it once did on social media advertising. Users are flocking to emerging platforms like TikTok, and companies are paying more attention to LinkedIn. It may be that if a given organization’s values do not mirror what they perceive as Facebook's values, they will seek an audience elsewhere.

The kerfuffle could also affect Facebook's ability to hire top talent. If a tech company shows that it cannot adapt to changing times, promising candidates might drop out of the pipeline. In fact, The New York Times reported a virtual employee walkout following the controversy of the Trump post.

It remains to be seen how many businesses will take the pledge to halt advertising on Facebook in July. What happens if they find halting Facebook advertising does not make a difference in terms of revenue? Who knows—in a moment when purpose-driven brands are king, boycotting Facebook could even increase sales.

In a surprise reversal on June 18, Facebook put its foot down, making a point of removing several Trump ads featuring an upside-down triangle, stating the content violated the platform’s hate speech policy. (The symbol is widely seen as a nod to iconography used by the Nazi regime in concentration camps.)

Andy Stone, a Facebook spokesperson, told CNN Business, "we removed these posts and ads for violating our policy against organized hate. Our policy prohibits using a banned hate group's symbol to identify political prisoners without the context that condemns or discusses the symbol."

For Facebook to clear its name, it will need to take more thorough action on these types of advertisements, as well providing clearer guidelines on what it considers hate speech. The company appears stuck in a riptide of turmoil right now, and it’s going to take some real work to pull itself out.