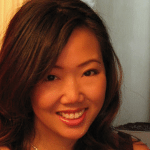 PR News recently asked its community to tell us who should be listed among the top game-changers of PR in the last few years. Here, we look at game-changer Joy Hays. For more, check out the complete list of the 50 Game-Changers of PR for 2017.

As chief storyteller and social strategist at AT&T, Joy Hays built a department that's become a model for other companies to emulate.

When Hays joined the company in 2014, AT&T's social media team was fragmented and lacking form. So she quickly established an organizational structure, as well as universal processes, channel and content strategies, playbooks and best practices. She also created a Center of Excellence for the team while crafting a crisis protocol to help protect brand reputation. Since 2014, she has nearly quadrupled the social media team's size, and now manages a staff of more than 30 across five offices.

Hays was instrumental in the period after AT&T’s 2016 acquisition of DIRECTV, leading a smooth transition of social tools, processes and people. With the acquisition came a new group of customers for AT&T, and its social voice needed to adapt. Hays helped implement a new storytelling approach that resulted in soaring engagement rates, with a 120% increase per post on the @ATT Twitter channel and 75% on AT&T Facebook.

Hays is always looking for new ways to integrate social media to support larger PR activations for the brand. For example, during the launch of streaming service DTVNow, Hays employed YouTube live to reach members of the media who could not attend in person.

For Hays, the accolades keep piling up. In 2016, she was named to Brand Innovators' 40 under 40 list. And before joining AT&T, she served as the worldwide social media program manager at Texas Instruments, and received a Social Media Icon Award from PR News in 2014.

Most Interesting Fact Not Found on Joy’s Resume

“I love food. Smelling it, eating it and cooking it. A decadent food trip to Chicago inspired my husband and I to start up a gourmet food truck in Dallas. The food truck ended up being nominated as one of the best in Dallas and featured in magazines and a book.”

Joy’s Advice to Her 20-Year-Old Self

“I would tell myself, ‘Start practicing typing with your thumbs, because the world will literally be in your hands.’ My 20-year-old self could have never imagined that a phone could be as powerful as the computer that sent a man to the moon and be able to connect to information sources around the world. [And] that was just the beginning. We keep on advancing. Who knows what communication methods there will be 20 years from now, but remember the core of communication will always be the same: to exchange information, to connect with others and to tell stories.”

Joy’s Profession in an Alternate Universe

“I would like to have been a turnaround consultant. My assumption is that the mindset needed for this profession would be similar to why we are on this list of game-changers—to think of a business or process in a new way and then maybe tweaking a few things or trying something radically different.”