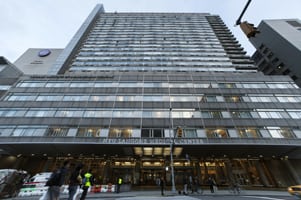 Hurricane Sandy was an example of a situation where communications were essential to help maintain the reputation of the NYU Langone Medical Center, a world-class medical center, during an unprecedented crisis situation in New York City. The center needed to provide timely updates to internal and external audiences; assure the public that executive leadership was deeply involved in evacuation & recovery; protect the medical center’s world-class reputation in clinical care, research, and education; promote the excellent work of those critical in safely evacuating patients and the hospital’s reopening; and make the community aware of phased reopening and that the medical center was back in business.

The hurricane presented numerous challenges, including misinformation, a negative tone in media coverage, and the loss of basic utilities and lack of public transportation that prevented many team members from effectively performing their duties.

The team was successful in proving updates to internal and external audiences. Dean Grossman’s interview with CBS the night of the evacuation restored confidence among our community that senior leadership was on-site, leading the evacuation, and that the medical center’s main priority was the care of its patients. Via strategic interviews and consistent messaging, rumors were dispelled and the medical center’s reputation was protected. 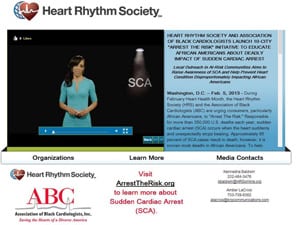 Research has shown that a large percentage of high-risk patients are not aware of sudden cardiac arrest (SCA), and are not receiving lifesaving treatments, resulting in greater mortality rates. In addition, there are significant gaps in communication regarding SCA among African-Americans and the physicians who treat them. The Heart Rhythm Society and BRG Communications sought to generate visibility around SCA including risk factors and recommended treatments, particularly among African-American audiences; drive at-risk consumers to visit www.ArrestTheRisk.org; engage at-risk communities to build dialogue around SCA and share valuable information about risk and treatments; and drive patient referrals to cardiac electrophysiologists to properly evaluate risks and available treatments.

The media outreach for this campaign resulted in more than 6,600 placements and more than 340 million media impressions, including more 60 million viewing the TV PSA. The campaign was particularly successful in reaching audiences through top-tier African American media outlets. More than 6,700 people went online to the website to learn more about SCA and download campaign materials, including a personal risk assessment. HRS partnered with the Association of Black Cardiologists to conduct grassroots outreach in 10 markets including Nashville, TN; Jackson, MS; New Orleans, Atlanta, Oakland, CA; Detroit, Chicago, Dallas, Washington, D.C. and Baltimore.