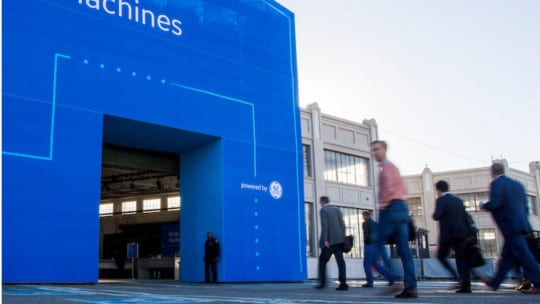 It's the time of year when we surmise what's ahead. That's fine. Since it's also a new decade, though, why not take the plunge?  Let's prognosticate about what PR will look like in 2030.

For communicators, the next 10 years could look like the decade we closed out. The decade also could bring radical changes. A lot will depend on tech innovations, authenticity and new players in this highly competitive industry.

Here’s what a few communicators see ahead.

Branded storytelling will be more critical by 2030, she adds. “PR was inaptly named. It should have been referred to as media relations; our role is to influence media to help tell our stories.”

Branded storytelling will include paid, and owned media – not just earned media placements, she believes.

[PR] measurement will continue to be "a challenge." By 2030, "We could see a growth of agencies and corporations using advanced AI algorithms and computer sentiment to diagnosis consumer noise.”

Communicators will continue to be in the best position to determine how to communicate results and ‘wins’ to their executives and stakeholders, Cadenhead says.

“Associates/employees and stakeholders will have a more prominent role in becoming brand advocates. Brand communicators will figure out ways to influence internal contributions to the overall message,” she says.

Rachel Hedstrom, principal at The Gentry Agency in Dallas, believes audiences will demand to know more about how influencers interact with products they endorse. “I feel like we're on the cusp of finding out how we, as a society, do that,” she says.

More and more, she says, PR will own its messaging and deliver it in a coordinated matrix. "Before, we might have focused more on third-party endorsement and influencing what other entities say about our brands." Now communicators have the tools -- and responsibility -- to be telling authentic stories "that we own and generate.”

And the matrix will be key. “We will see everyone from visual producers to social scientists to storytellers...working hand-in-hand to create, engage, build rapport, influence, measure, and push boundaries together,” she says.

PRSA Fellow Jim Haynes sees mass adoption of robotics and AI. In addition, devices, he says, will continue to get smaller and smarter in the decade ahead. This could hit writers hard at news outlets and in PR.

“We’ll see fewer skilled writers" as robots rewrite news releases. Similarly, PR will utilize AI robocalls. Programmers and coders are making big bets on automation in the workforce. "By 2030, the PR industry will feel the knife in its side.”

Technology that accurately identifies target constituencies will become commonplace. Communicators will have access to user data tailored to their preferences.

Psychographics, the study and classification of people according to their attitudes, aspirations and more, will be increasingly important. It will make communications "more effective," whether users know it or not, he adds.

Hedstrom seems sanguine about AI. Communicators are positioned well to harness AI and AR for brands. “We will think beyond words on a page or simple accompanying visuals."  Communicators will "create environments for audiences where messages come to life.”

As a result, visual production talent increasingly will be stretched, tested and utilized.

A 60-year PR veteran, Haynes began working with a manual typewriter and a dial telephone. Though smart tech controls the narrative through wearables, foundational technologies, voice-activation and more, “PR is all about the people.”

“Becoming a master at your craft, learning business acumen, and having proof of your accomplishments will lead to more senior management positions,” he says. He encourages communicators to learn continually. Enroll in higher educational PR certificate and accreditation programs. Digital and written

“Take advantage of the many learning opportunities available." For example, seminars, workshops, short courses and article writing, in both print and digital tactics, he advises. "Look, we can’t ‘jump’ to 2030. We must take it one day at a time." How communicators use those days, he says, will reflect the industry's professionalism or lack of it.

David Wolpert is a director at LDWW.  Follow him at: @dfwolpert