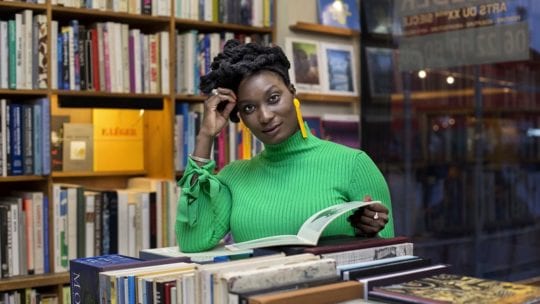 As we celebrate Women’s Equality Day today, marking 100 years since women won the right to vote via the 19th Amendment, we should also pause for perspective. The National Women’s History Alliance notes the observance “also calls attention to women’s continuing efforts toward full equality.” It’s clear that full equality has yet to be attained.

I knew female pioneers who came of age in the 1960s with aspirations to lead as communicators. When they started, most were told they could rise no higher than secretary. They shared stories of fighting for their voices to be heard and a proverbial seat at the table. Understanding their sacrifices helped me recognize privileges I took for granted.

Today, female communications leaders are CMOs at brands and run countless independent PR firms. Increasingly, women head some of the world’s largest agencies. Senior women communicators populate the membership of Page. Yet residuals of the prior “Mad Men” culture persist to this day. The norm across the communications field continues to be majority female staff and majority male leadership.

While our progress is thrilling, the vision of Women’s Equality Day remains a work in progress. To advance, we need to keep the following in mind.

The future is intersectional

Feminism in the US often failed women of color. It perpetuated racist ideas and systems. As a feminist, it was transformative to recognize a movement fighting for justice could itself be unjust. Our future is intersectional. No woman should need to choose between aligning with gender versus race. DE&I efforts in our organizations must support processes that enable women to be comfortable in the workplace. For example, programs to advance female leadership must not ignore the additional barriers that exist based on race or ethnicity.

Think beyond the binary

There have been arguments in the press and social media about the rights of trans women relative to those of biological women. We need to avoid replaying the blind spots of earlier movements. Our understanding of gender identity is changing. Thinking beyond the binary is critical if we want to champion equality for all women. For PR pros, this can mean rethinking language used internally and externally–not assuming someone’s pronouns, rewriting employee policies where necessary and using gender-neutral phrasing in communication materials (they instead of he or her).

While it can feel like #MeToo and #TimesUp are a distant memory, these movements remain relevant. Watch the remarks of Rep. Alexandria Ocasio-Cortez in response to the verbal abuse of Rep. Ted Yoho. She accurately critiqued the sexism women face daily.

As communicators, we know the power of language. We shouldn’t be afraid to call out casual sexist language or acts, whether it’s in our offices or the public sphere. In addition, we must watch for unconscious negative biases that crop up when women are bold or assertive. And we should push to advance more women as spokespeople for our organizations and companies we represent.

It’s obvious we have much work to do. Yet I’ve never felt more hopeful about the progress we can make–if we continue to open our minds and hearts to what the fight for equality is about.