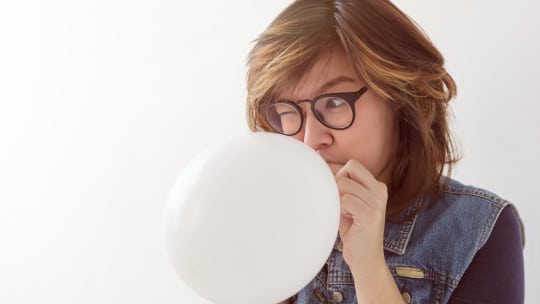 Measuring earned media remains a challenge because it can’t be based on keywords alone. Yet some executives, with a few suppliers enabling them, believe keyword- and phrase-driven analytics that marketing and advertising use can measure earned media campaigns. It looks good on the surface, but fails to hold up under scrutiny.

With more and more browsers blocking cookies, many ad agencies rely on digital fingerprints, a combination of IP address, processor, browser and other device- or user-specific parameters to identify and track users. Placing an advertisement, 1x1 clear pixel or other page components on a publisher’s site results in data collection. The fingerprint data is transferred from the user to the ad-tracking company when a browser or an app picks up the remote resource.

Some ad-targeting companies also extract keywords from content on those same websites to target relevant advertising. They then combine cookies or fingerprints to triangulate that keyword data to better target advertising. It does a reasonably good job…as most of us know because we keep seeing ads for a product we bought online last month and no longer need to purchase. Data lingers.

This lingering, hidden data also can identify when a visitor goes to a company website directly or later. If the visitor browses, shops and/or buys, the person’s information can be passed to e-commerce tracking software for sales and marketing attribution. The banner ad is credited with driving a lead or a sale.

Some PR measurement firms are adopting these ad-tracking capabilities under the moniker PR Attribution.

But wait. If someone clicks an ad banner, then the advertisement caused that. Can you say the same thing if someone clicks on a news article or a blog that happens to mention your brand and later visits your site?

This form of attribution has critical flaws. At best it is misleading. Proper analysis must distinguish between coincidence and causality. A click from an ad to purchase a product is almost 100% causality. But just because someone loaded a page with a news article doesn’t mean they saw the article or even read the article … let alone can anyone reliably claim the mention of your company drove the reader to your website during the next three days. That is coincidence.

If there is a shooting near a Starbucks, and an article mentions Starbucks, does the article count as a relevant mention for Starbucks? Does it have desired tone, context and audience? Did the Starbucks PR team pitch a journalist or issue a press release for that mention? Should it be included in your analysis? If the reader then goes to the Starbucks website during the next three days can you reasonably claim cause and effect? Can you claim the article was responsible for that traffic? If so, you might suggest shootings boost cravings for lattes.

Analysis into the effectiveness of targeted Boolean analytics shows fewer than 25% of articles with relevant keywords truly are relevant to the brand, product, or employees mentioned. Yet, measurement reports using PR Attribution rarely eliminate mentions because of lack of relevancy, improper tone, lack of context, or the reason the keywords were used in the articles in the first place. Mentions are money so every single one is cashed. This form of attribution hurts PR and the measurement industry and adds to the confusion many executives have about media measurement practices.

While most C-suite executives are still working to grasp the full value of earned media, they are getting savvy about data mining and analytics. The smart ones will begin asking pointed questions about PR measurement. And they will question reports relying on ad tech-based attribution that artificially inflates PR results. Beware.

Graeme Harris is a former executive director/head of corporate communications for UBS, Canada. Follow him: @GBH61