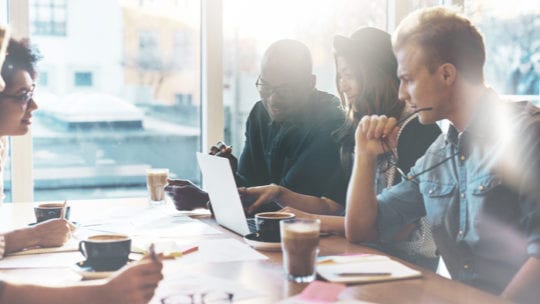 Can you truly excel at corporate reputation management and crisis communications without diversity and inclusion? I continue to pose that question to business leaders everywhere, as we continue to see just how inextricably linked these two areas are.

Diversity and inclusion has been seen as a nice to have, but it is actually a must have in an environment of two-way communication between brands and consumers.

Today, nearly everyone can have a public voice via mass reach, self-publishing platforms on social media and issues can escalate to national attention in a matter of minutes.

In the past few years, we have seen major brands experience significant disruption due to completely avoidable PR crises.

Take, for instance, the Pepsi ad featuring Kendall Jenner in a scene that evoked the Black Lives Matter movement (full disclosure: I used to work at PepsiCo) or the Starbucks viral video showing police officers arresting two African-American patrons for no apparent reason at a store in Philadelphia.

Gucci also faced intense criticism for launching a sweater that harkened back to blackface, as did Prada for using blackface dolls in a store display in New York City.

Then there was the Dove ad depicting a black woman transforming into a white woman, presumably after bathing with Dove shower gel. The list does go on, in fact.

In today’s world, there is no such thing as containing a crisis. Anyone with internet access and a social media account has a platform that can reach thousands, if not millions, of people with the click of a post.

And, amidst an increasingly charged sociopolitical environment in the U.S. and globally, tolerance for cultural insensitivities or bias is at an all-time low.

More than ever before, consumers are demanding that the brands they patronize behave in ways that align with their social and political values. When that does not happen, people take to the streets – or, in our new reality, to Twitter.

For example, the incident at the local Starbucks in Philadelphia became a national headline after a video taken on a patron’s mobile phone was posted online and went viral. #BoycottStarbucks became a trending hashtag and the rest is headline history.

The Cost of PR Crises

When incidents like these occur, organizations jump into crisis mode, calling in their corporate reputation and crisis communications teams to navigate the issue.

The exact amount of total dollars spent engaging PR and crisis teams may not be public information, nor may be the metrics on how the disruption affected revenue in the near-term and corporate or brand reputation in the long-term. However, it is certainly more than they would have lost or spent if an incident had been avoided altogether.

In some cases, the damage to reputation of crisis impacts revenue for years after an issue is out of the headlines.

We have all seen the stats on diversity in the public relations industry. According to the Bureau of Labor Statistics (2019), 89.8 percent of all PR practitioners in the U.S. are white, 8 percent are African-American, 1.4 percent are Latino/a, and 0.4 percent are Asian-American. As you can see in the chart, this is a decline in diversity from the year before. Instead of getting better, our industry is getting worse.

How does this relate to crisis management? If companies had diverse teams at the onset, there is a fair chance that incidents like these would have never happened.

As communicators, we are problem solvers as much as problem avoiders. It is our job to assess risk and protect the reputation of brands we serve. If an organization’s PR team does not reflect the ethnic makeup of its consumers, there is a tremendous opportunity for failed risk assessments.

Simply put -- less diversity means more bad judgement calls. There may be no standard way to measure the total revenue protected in each crisis a PR team avoids, but a dollar saved is a dollar earned.

Diversity as a Business Investment

So, where do companies want to invest their efforts? The options are: upfront, to build diverse teams that can effectively assess risk and avoid costly crises, or, at the outset of a crisis, to put out fires that cost money, resources and reputation damage.

My vote is for investing in building properly diverse teams that set up the company to succeed and grow in today’s dynamic and unforgiving marketplace. It is smarter to avoid reputation damage than it is to fix it later.

However, it is not enough to simply hire diverse teams. Once the team is in place, there is work to be done on inclusion, empowerment and retention, but that is a topic for another essay.

Note: A version of this content appeared in PRNEWS, February 2020. For subscription information, please visit: http://www.prnewsonline.com/about/info