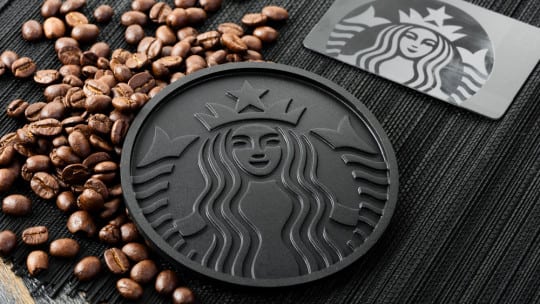 On May 29, Starbucks stores across the country closed to educate the brand's approximately 175,000 employees on antibias practices. This corporate-mandated training session arose in the wake of Starbucks' much-publicized April 12 brand crisis, when two black men were arrested while doing nothing but waiting at a table for a colleague.

On July 2, a report detailing the lessons Starbucks learned from the arrest and the trainings and the changes it made was released by its authors, Heather C. McGhee, a distinguished senior fellow at Demos, and Sherrilyn Ifill, president and director-council of the NAACP Legal Defense and Educational Fund. Both women worked with Starbucks on a pro-bono basis, advising the company on the training design and working to help connect the brand to experts in racial equity and antibias training.

More than a hollow and cookie-cutter corporate document, "Toward a Vision for Racial Equity & Inclusion at Starbucks: Review and Recommendations" reads as a realignment of perspectives and priorities. This shows the work of a brand that has taken a hard, honest look at itself and is ready to share what it has learned. Here are five takeaways that brands both big and small can use for their own antibias practices.

Correcting Institutional Bias Is an Opportunity for Brands to Show Leadership

The report begins by explaining the Starbucks' approach toward the project. Its authors say that this training "recognized that Starbucks’ presence in thousands of communities coupled with the company’s sincere and unequivocal commitment to address bias and discrimination presented a unique opportunity to deploy and embed a model of corporate leadership within communities around the country by a well-recognized and respected corporation."

It's Important to Acknowledge a Crisis in Historical Hindsight

By illuminating how its recent crisis was linked to longstanding racial segregation in public places, Starbucks aligned itself with those who viewed the April 12 incident in the context of the Civil Rights Movement in the U.S.

"Some of the most transformative campaigns during the Civil Rights Movement—the lunch counter sit-ins, the Freedom Rides, the Montgomery Bus Boycott—were centered around the demand for equal treatment in places that accommodate the public," says the report. Starbucks then identifies itself as a "third place" beyond work or home, a public place that "cannot exist outside of the history and reality of racism in public accommodations."

The report acknowledges that Starbucks employees are not antibias trainers themselves, and stresses the importance of putting someone in place who can educate while keeping the conversation on topic, even when things get uncomfortable.

"A media report from one training attended by journalist Kalefa Sanneh of 'This American Life' noted that training participants often diverted the conversation away from race," the report says. "This is a typical avoidance measure that a trained facilitator would have been able to turn into a teachable moment by redirecting the conversation to the intended subject."

These Conversations Should Not Only Be Happening During a Crisis

The authors of the report also recommend that the brand come up with a way to weave this training into new employee on-boarding and consistent education—not just training that happens after the fact.

"We know that when initiatives are seen as peripheral social responsibilities and not as central to the overriding business purpose, it is easy for the initiative to fail or be discarded," they write. "Many studies and commentators have made the case for why diversity, inclusion and equity are business imperatives given the racial and ethnic diversity of growing consumer markets, the advantage of including multiple, even divergent perspectives to inform decision-making and the benefit of increased productivity if all actors are equally able to contribute."

This advice echoes a favorite aphorism of crisis communications experts—"be proactive, not reactive." In this case, that means not waiting for another incident of racial profiling to occur before the education begins.

Be Mindful of Gaps in Your Brand's Customer Service Policy

No matter how large or small your organization is, policies on how to treat customers consistently account for any and all scenarios. This became clear when the unjust arrest of Donte Robinson and Rashad Nelson exposed some glaring omissions from Starbucks' in-store policies. The brand has since acknowledged that  there was no written policy on bathroom accessibility or admittance, and no uniform written policy on when to approach customers who don’t purchase products. Though there are written policies in its store operations manual, there are also several unwritten store policies that vary depending on region. Starbucks realized that this was especially problematic.