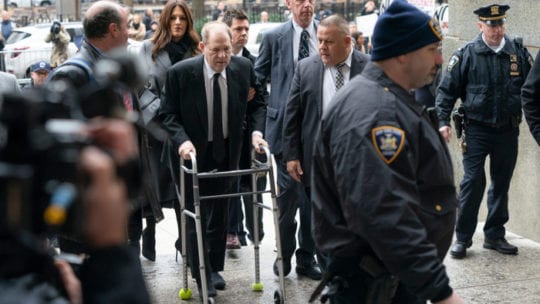 If you’re in the spotlight, use it.

That PR dictum is one of the approaches Harvey Weinstein’s attorney, Donna Rotunno, has deployed since being involved in the biggest case of her life.

There's a fine line most attorneys feel they must walk when dealing with the press. After landing a high-profile case, there’s a push-and-pull: lawyers want to capitalize on the unique opportunity to market themselves to a wider audience and build their brands. In addition, they want to avoid the spectacle of appearing to cash in on a client's case. This is especially so when a jury hasn’t yet returned a verdict.

Not all lawyers feel conflicted in the spotlight, of course.

Rotunno, for example, is taking full advantage of earned media opportunities. She’s given interviews for profiles in Vanity Fair and the New York Times and gone on Fox News, NPR, The Daily Podcast and even Good Day New York.

Her most brazen PR move, though, was a Sunday op-ed in Newsweek, urging jurors to be impartial, despite what she claims is unfair media coverage.

“I implore the members of this jury to do what they know is right and was expected of them from the moment they were called upon to serve their civic duty in a court of law,” Rotunno wrote.

This comes as jurors began deliberating on Weinstein’s fate. If found guilty, he’ll likely spend the rest of his life in prison.

The op-ed already has drawn a rebuke from the prosecution, which claims it amounts to jury tampering. In addition, the prosecution demanded the judge sanction Rotunno and remand Weinstein to custody for his role in the op-ed. Meanwhile, the judge today (Feb. 18, 2020) issued a gag order against Rotunno and her defense team.

“Defense team, you’re ordered to refrain from communicating to the press until there is a verdict in the [case]. And I’d caution you about the tentacles of your public relations juggernaut,” Manhattan Supreme Court Justice James Burke wrote.

Rotunno certainly wins no points for decorum, and the decision to represent Weinstein attaches her name to one of the most loathsome figures in recent memory.

Her op-ed, however, seems to accomplish the PR outcomes she sought. First, the large-scale coverage of the article means jurors may see it. There’s a slim chance it could sway opinion.

Second, the op-ed demonstrates Rotunno's a fierce advocate for her clients, regardless of how disreputable they are. She continues to go bat for them even when there’s little shot of victory and no support to be found outside of the defense team. It's clear she doesn’t phone it in.

Last, and most critically, she is cashing in on the there's-no-such-thing-as-bad-publicity strategy. Whether on Fox News or via the Times and Vanity Fair, Rotunno has sought to become a household name.

If #MeToo proves anything, it's that the awful mistreatment of women has occurred for ages. As such, there’s little doubt that more retrograde men will come to light. Rotunno is banking on her name recognition to drive her business in defending them.

In addition, she understands the value of PR in the legal world. In law, as in many professions, it matters more to have led a high-profile case than to have won a smaller case.

Losing is never ideal, but the fact that the case was placed in your hands and you dealt with the trial proceedings and the media circus can establish a foundation of trust for future clients. You’ve been there, dealt with it, and next time the outcome may be different.

That’s all to say Rotunno’s strategy is unorthodox, but effective – regardless of opinions about whom she defends. The name recognition she's receiving is almost certain to drive business her way. She can increase her rates, go on cable networks for more publicity after the case ends, and perhaps even get a book deal.

In this instance, a dance with the devil has likely paid off.

Matthew Beaton is founder of Beaton PR, which works with law, finance and tech firms.