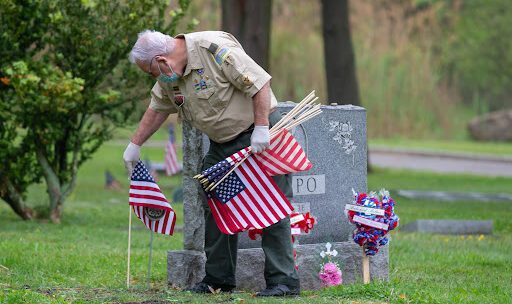 [Editor's Note: As we've done for several years, in observance of Veterans Day we asked former Pentagon spokesperson and longtime PR professor Steve Manuel for his thoughts. Underlying his reflections is a PR maxim: Know your audience. Ask its members questions, listen to their responses, hear what's important to them and consider their emotions.]

I enlisted in the U.S. Marine Corps in January 1969, at 17. Eventually, I rose to the enlisted rank of gunnery sergeant before earning my commission. I retired as a major, nearly 28 years later.

On Oct. 1, 1996, I became a veteran, but I never really understood what it meant until I became one. When you experience public recognition at events large and small, from baseball games to field hockey, you understand what being a veteran means.

At least for me, the thought process while on active duty was different than that of a veteran. I served my country. I didn't think about it much, except I believed it was the right thing to do.

Beginning to feel like a veteran took a lot longer. Years passed before I had a real understanding of the emotions of many veterans before me. That happened June 6, 2019, when my wife and I hosted a Penn State Alumni Association trip to Normandy, for the 75th anniversary of D-Day.

The film, “Saving Private Ryan,” opens and closes at the Normandy American Cemetery and Memorial in Colleville-sur-Mer, France. I only wish that I had contributed as much to freedom as the veterans who returned to Normandy that day. They celebrated 75 years of a world without global war because of their sacrifice, bravery and courage.

As of 2014, the Veterans Administration estimated there were 22 million veterans in the U.S. population. If you add those figures to the nearly 1.4 million Americans on active duty as of July 31, 2021, 7.3 percent of all living Americans have served in the U.S. military.

When you think about the all-volunteer force, you may ask, Why would so many people knowingly place themselves in harm’s way for their country?

People join the military for numerous reasons. Are they patriots? I can only speak for myself and say: Yes, many are.

In a nation divided in so many areas, veterans are a common denominator. They bring people together. In fact, recognition of veterans may be the only thing Americans can put aside their politics for.

Attend any sporting event and witness the crowd’s reaction to the introduction and honoring of men and women who served the nation, from WWII and Korea to the war in Iraq and every skirmish in between. They have not been forgotten.

It was Abraham Lincoln, who, in a speech dedicating the Gettysburg National Cemetery, in 1863, said, “The world will little note nor long remember what we say here, but it can never forget what they did here.”

And so, Lincoln’s words continue to be as relevant today about the many battles our veterans, young and old, fought and won. Most speeches are forgotten. The actions of veterans are not.

Veterans Day is a time to remember, honor and recognize the sacrifices of many men and women who came before us, no matter how they joined the service, and who were willing to defend our nation. On this day, they wear their service-unique hats covered with unit pins and jackets with colorful unit patches and, of course, ribbons and medals earned in far-off battles.

If you want to know why they served, ask a veteran about the medals they wear so proudly.