Extended Reality (XR) and Virtual Reality (VR) used to be ‘nice-to-haves.’  The augmented and virtual reality (AR/VR) market amounted to a forecast of $19 billion in 2020. It is expected to expand significantly in the coming years. Consumer spending made up the single largest portion of the AR/VR market worldwide.

Then the pandemic hit. The new normal that emerges may require communicators be fluent in arranging events in XR and VR. That time may be coming sooner than we think. Case in point is HTC of Taiwan.

The tech company's fifth annual conference earlier this week was a VR spectacle. It “marks the first major physical industry event that has been replaced fully by an interactive VR digital twin,” HTC said in a statement.

HTC said 2,000 participants from more than 55 countries were registered for the conference. Media accounts of the 4-hour virtual experience noted there were few people, er, avatars, in the audience, however.

Still, the event included panels and guest speakers “in the form of their own custom VR avatars," HTC said. The avatars possessed "the freedom to interact with each other...just as they would expect from a physical conference.” 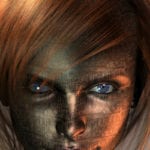 Cher Wang, chairwoman of HTC, delivered her opening speech through her virtual avatar. She noted VR and XR weren’t invented to counter the pandemic, but under the circumstances the virus offers a great way of “demonstrating VR's potential to break through conventional thinking and physical boundaries.”

And what's an industry event without an MOU signing? Avatars of executives from HTC and China Mobile signed the Cloud VR Strategic Cooperation Memorandum. The avatars “signed the MOU...on a grand virtual stage,” HTC said. The MOU promises to accelerate creation of an XR ecosystem.

And what's a tech event, even a virtual one, without an awkward moment or two?  HTC China president Alvin Graylin and his avatar did the honors, as you can see in this video. During his speech, Graylin's avatar released virtual coronavirus particles into the virtual air. The coronavirus avatars looked like small balloons.

As if that wasn't tone-deaf enough, Graylin then asked the avatar-attendees in the audience, seated on virtual benches, to take a selfie with the coronavirus avatars floating among them. Don't worry, he told them, 'We've given you special protective gear.'

Considering some marketers don't even want their ads near virus content, Graylin's stunt really was in poor taste.

Though Graylin might want to huddle with his PR pro avatar for virtual media training, his speech was sound. "The inability to meet and communicate face to face will be an increasing challenge for the world, but XR can be one solution," his avatar told the conference. "To stay safe these days, we need to create more distance between people, and conversely, one of the biggest benefits of XR is the ability to remove the perception of distance and boundaries for users."

Graylin hinted at the world after coronavirus. “Working-from-home, distance learning, home-based fitness, immersive entertainment and networked social interactivity will all be part of the new normal.” Obviously this could lead to tremendous growth in XR technologies.