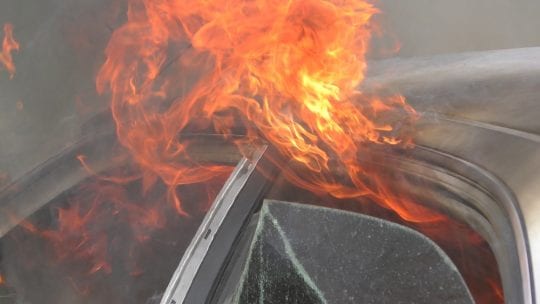 On April 17, two men were killed in an autonomous Tesla crash in Harris County, Texas. The company has so far stayed mum—perhaps because no PR pros were around to pick up the phone.

There’s little question as to why Tesla has stayed so silent: The company disbanded its PR team in October 2020.

Deb Hileman, president and CEO of the Institute for Crisis Management sees the move as a major misstep. “For a company of the size and reach of Tesla to have dissolved its public relations team and simply refuse to interact with the media is shortsighted. The company's refusal even to acknowledge the tragedy and offer its condolences to the victims' families is indefensible,” she said.

Gene Grabowski, principal at kglobal, agreed with Hileman, calling the dissolution of Tesla’s communications department “a huge mistake.” He argues, “Not only is no one now defending the company or providing context to setbacks such as these accidents, but too many journalists now feel animosity toward the company for what many saw as a slight.”

Elektrek reporter Fred Lambert chronicles a number of PR pros departing the company or being shuffled elsewhere, as well as describing the dynamic between reporters and Tesla’s communications department:

Personally, I’ve had my ups and downs with Tesla’s PR department. At times, they were extremely helpful with my reporting with responses and context/nuances/corrections. At other times, they shunned me because of more negative takes or company leaks that we posted or reported on.

Lambert claims “Tesla receives more press than any other automaker and the team always seemed understaffed,” and notes that lately, the company’s press response is left to unpredictable communicator Elon Musk, who has long taken to Twitter to denounce critics from the press to the U.S. government. (Lambert adds that a history of uneven press has not impacted the company’s high ranking in the stock market. However, Tesla's stock has taken a dive after today's crash reports.)

Telsa's website does caution that "current Autopilot features require active driver supervision and do not make the vehicle autonomous." However, Musk took to Twitter the day of the crash, pasting a paragraph from the company’s Q1 2021 safety report that found “one accident for every 4.19 million miles driven” with the Autopilot feature engaged.

Nowhere in the tweet is an expression of empathy or remorse regarding the loss of human life. Grabowski points to a pattern of “blind spots” in Musk’s public comments, noting “Musk is used to being the smartest person in the room, but very often it’s better to be the wisest person in the room, or at least to have with you a wise person whose counsel you trust. That doesn’t seem to be the case with Tesla right now.”

Despite the buzz around “self-driving,” “autonomous,” and “driverless” cars, there is a likely disconnect between Tesla’s communications and consumers’ understanding of the technology. “There is no such thing as a self-driving car,” according to a U.S. News article last fall. Reporter Nick Kurczewski noted that human intervention is still needed for safe operation.

Yet, neither man in the Texas crash was found behind the wheel, according to local officials—one man was in the passenger seat, with the other in the backseat. Family members told The New York Times that the pair had discussed testing out the vehicle’s autopilot feature before heading out.

Engadget’s Jon Fingas agreed that the car’s occupants misunderstood Tesla’s autopilot and/or self-driving features. “There have long been concerns that customers overestimate the technology and assume they can take their hands off the steering wheel or even leave the driver's seat entirely,” Fingas wrote.

The April 17 crash also illustrates the dangers around electric vehicle batteries involved in crashes. At high speeds, electric vehicle batteries can experience “thermal runaway”—a chain reaction leading to long-burning battery fires, according to a Texas official that spoke to The New York Times. The vehicle was going at a high speed when it crashed, and emergency responders spent 4 hours and 30,000 gallons of water putting out the flames.

Whether or not Tesla opts to reinvest in PR, some communications to-do items are worth paying attention to, not least of all by the National Highway Traffic Safety Administration (NHTSA), which is tasked with communicating safety measures in the face of the United States’ roughly 40,000 traffic deaths per year. If the four-hour firefighting effort is any indication, emergency responders and local municipalities will likely need to develop new processes for responding to electric vehicle fires, and communications plans to boot.

The NHTSA provides an optimistic view of autonomous vehicles “for safety,” with a dedicated landing page predicting “fully autonomous cars and trucks that drive us instead of us driving them will become a reality.” By 2025, the federal agency believes self-driving features will be “fully automated.”

Meanwhile, an activist at an April 19 auto show in Shanghai, China climbed atop a Tesla vehicle to call attention to her claim that the company has not addressed quality control issues around a faulty brake system, and was caught being dragged away by security on video.  The post quickly went viral on Chinese social media platforms.

If only Tesla had a PR representative at the ready.