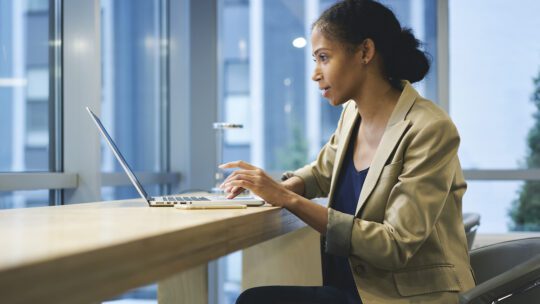 Despite persistent rumors of the press release's demise, PR pros are not using them less, even amidst the pandemic, Cision says in its new “State of the Press Release.” Seventy-four percent of PR pros surveyed as part of the report say their press outreach was either on par or more frequent than before COVID-19.

However, frequency data provide an interesting look into media relations practices. Forty-one percent of PR pros sent fewer than five press releases using a wire service during the year. A quarter sent 10 to 24. Only 14 percent sent 50 to 100 or more per year.

As most communicators know, PR rarely happens in a press release vacuum. Yet PR pros are aware of the challenges wire services and press release distribution bring.

A major press release challenge for 42 percent of PR pros is ensuring messages reach the right audience, according to the survey. Similarly, 36 percent worry about making releases stand out in a sea of pitches.

The press release, of course, is but a single option in a holistic media relations strategy.

“Hitting 'send' on a release to a large list of reporters is one way to get your message out, but it shouldn't be the only tactic,” says Suzanne Struglinski, PR manager at Industry Dive.  Struglinski prefers "targeted, specialized pitches to reporters at key outlets."

Sometimes, though, "you can't escape the need to send an announcement to a large list of reporters to get the news out, but the large-send press release or wire service post is just one tool in media relations.”

But it’s not all bad news. Thirty percent of communicators say a journalist contacted them about a release they sent over the wire several months earlier, proving some stories have a long shelf life.

It’s also important to note that while studies on when and how communicators send releases are interesting, it’s just as important to consider presentation and content.

For example, Cision finds the highest number of page views occurs for releases with headlines of 75 characters. Aiming for 70 characters or fewer in a press release headline should be a goal, especially because email subject lines and Google search results cut off text beyond that amount.

In addition to character count, words certainly matter. The most-used words in headlines from Cision’s study of 100,000 releases were "market," "first" and "million."

And an evergreen tip that still holds: Including action words in a headline makes a difference. Communicators, though, might want to reconsider “announce.” It is the most-used action verb in headlines, and yet correlates with some of the fewest views, Cision says. Words like “show,” “reveal,” and “allow” are some of the least used, but get the most views. “Launch” remains somewhere in the middle.

An interesting note—three percent of releases introduced company comeback stories, which may signal an opportunity for organizations to stand out when pitching.

On the other hand, Struglinski notes the importance of being judicious about releases.

“When someone, especially a non-comms person, says 'Let's put out a press release'—it is important to ask what they mean by that,” she says. “Sometimes, they are not looking for actual press coverage but more of a way to get an announcement out. It's important to know the difference so you aren't cluttering reporters' inboxes with things that aren't news or when news coverage isn't the end goal," Struglinski adds. "Reporters want news. A press release is one way to make news and, at the very least, keep facts and details about an announcement in one place.”

Cision pulled data from U.S. press releases sent between June 2020 and May 2021. The survey of communication professionals was fielded from July 12 through Aug. 4, 2021. Cision collected responses from 107 U.S. professionals whose organizations sent press releases through PR Newswire. Cision released the data and survey yesterday (Sept. 13).