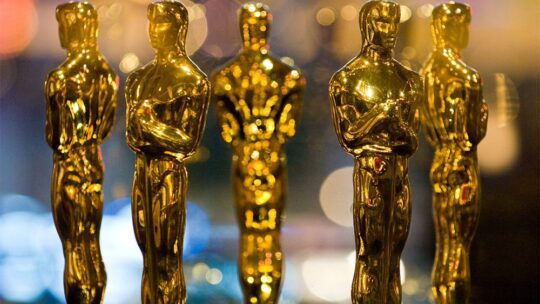 Apologies are hard. However, we all make mistakes. No matter how much we try avoiding damaging relationships with colleagues, customers, supporters, friends or family, there will be a time, or times, when someone is let down or disappointed.

On the other hand, if we handle these incidents thoughtfully and authentically, bonds can grow stronger. Both Will Smith and Chris Rock have reputation-repair work ahead of them in the wake of March 27's ugly episode.

Fortunately, the authentic apology Smith posted the next evening is a good start, though, as you’ll see below, it wasn’t quite complete. The conduct of Rock just afterward and since, as well as Jada Pinkett Smith's statement yesterday (March 29) seem hopeful.

Several maxims from crisis PR offer insights for Will Smith and Chris Rock.

While some saw Smith’s slap during the 94th Oscars as defending his wife, others viewed it as toxic masculinity. Clearly, Smith put himself in a tough spot. Still, Rock’s joke and Smith’s reaction needed addressing immediately.

Yet apologies are much less about an immediate incident than a future relationship (or lack of it.) This leads to the next PR lesson.

PR Lesson: Avoid explaining or justifying yourself in an apology.

Some of Rock’s first words to Smith following the slap were attempts to explain his allegedly off-script joke. “It was a GI Jane joke,” he shouted from the stage, only to face Smith’s incoming f-bombs.

Some argue persuasively that Smith should have left the Oscars immediately after the slap. Today the Academy claims he was asked. Regardless, during his Best Actor acceptance speech, Smith’s words and emotion were raw. More than that, few interpreted the speech as an apology to Rock, whose name was not mentioned.

If Smith was indeed sorry about hitting Rock, his position remained murky for nearly 24 hours, until he posted an authentic apology/statement on Instagram Monday evening.

The best way to move beyond an embarrassing or reputation-damaging episode is to seek forgiveness in your apology. While Smith apologized in his post, had he also asked for Rock, the Academy, the Williams family, etc., to forgive him, it would have further acknowledged his actions hurt them. Apologies are about those who were hurt. When an apology is about you, you’ve failed.

Instead, apologies should promote healing. And forgiveness is a big part of moving forward. When people seek authentically to make amends, it almost always leads to stronger relationships. People forgive much more readily when the specific ask is shared–so when you or your company screw up, make the ask part of your apology. No one supports holding a grudge.

Violence isn’t ok. Assault is never the answer. Also? This is the 2nd time that Chris has made fun of Jada on the #Oscars stage, & tonight he went after her alopecia. Punching down at someone’s auto-immune disease is wrong. Doing so on purpose is cruel. They both need a breather.

PR Lesson: Vow to do better and prove it.

Rebuilding trust takes time. Smith closed his post with “I am a work in progress.” His subsequent actions will demonstrate his commitment to a world of, as he wrote, “love and kindness.”

While it remains to be seen how (or if) Rock and Smith hug it out, they can prove to one another through their actions that this unfortunate incident resulted in a defining, teachable moment.

In addition, it can strengthen their relationship and understanding of one another.