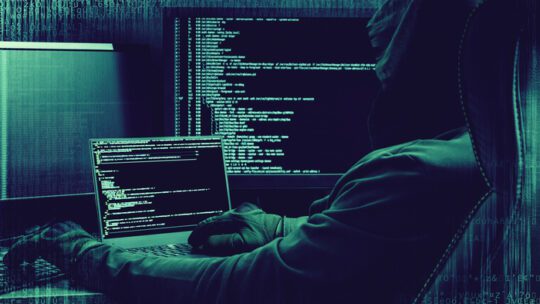 Ronn Torossian is gone as CEO of 5WPR, he told staff today (March 4) in a letter. On the other hand, the indie firm's disgraced founder will remain chairman, he writes. Dara Busch and Matt Caiola will become co-CEOs. In the letter today, Torossian claims Busch and Caiola have run the firm for a while.

Torossian was exposed in a Crain's NY Business story Feb 16 for, among other unethical things, owning the Everything-PR site and refusing for years to admit it.

[Editor's Note: See update at the end of this article.]

In a subsequent story in Crain's NY Business, Torossian acknowledged he owns Everything-PR.

Unethical at its Core

The Feb. 16 story in Crain's NY Business centered on allegations about Torossian and Everything-PR. It said Torossian employed the ostensibly independent news site as his personal third-party endorsement platform and earned media factory. The ethical implications for Torossian and the PR profession are obvious. 'Reviews' on Everything-PR routinely praised 5WPR and blasted rival firms and several prominent PR execs.

In the Feb. 16 Crain's NY article, its author, Keith J. Kelly, also alleges Torossian published stories on the site using pseudonyms. Many of those articles' bylines were changed recently to By EPR Staff, Kelly reports.

Moreover, Kelly mentions former 5WPR employees alleging Torossian's behavior toward staff was unprofessional. Kelly notes a Torossian byline on the Everything-PR site (Nov. 1, 2019) urging PR leaders to be “open and respectful, yet transparent.” However, Kelly notes several past 5WPR employees claim "they were subject to belittling comments, verbal abuse and ridicule" from Torossian while at 5WPR.

Kelly also reports on unflattering stories about Torossian from Dec. 2021 in The Daily Beast and the NY Times. Both discuss Torossian's ties to then-mayor-elect Eric Adams of NYC. In addition, the Times reports former Everything-PR editor Phil Butler and a former 5WPR employee saying Torossian purchased the site in 2014.

A story in The Beast alleges Adams aides were concerned about his association with a "toxic PR guru." The thrust of the Times story is about Adams cancelling several fundraisers, including one Torossian organized. Again, it mentions allegations that Adams staffers were concerned with Torossian's proximity to the incoming mayor.

The day after the Feb. 16 article, PRSA-NY's board blasted Torossian, calling his covert ownership and media manipulation a "stain" on the profession. Its statement read:

In addition to being a cowardly and blatant violation of PRSA's Code of Ethics, Ronn’s actions are a stain on our profession and undermine our role as guardians of facts and integrity for those we serve. We strongly condemn his and his firm’s direct role in perpetrating disinformation while pretending to be a legitimate industry news site.

Just two days after the Feb. 16 article, Kelly published another story where Torossian finally admits he owns the site. His apology in that article was roundly criticized as insufficient. For example, as Katie Paine writes in this month's edition of PRNEWS, "He didn’t apologize for lying. Instead, he was sorry for the 'lack of transparency.'"

Torossian also says nothing about those he attacked as he was using Everything-PR for cover. Paine sums it up: "His apology is a classic lesson in how to do apologies wrong."

Edelman: 'Casts Doubt on Us All'

Another of those who blasted Torossian's explanation/apology is Richard Edelman. In a Feb. 24 post on the Edelman blog, the PR leader wrote:

I found Torossian’s apology hollow and unbecoming. He offered flimsy excuses such as “lack of transparency” and “ethical lapses.” He talked about building his firm 5WPR from the ground up and “apologized for mistakes” along the way. It is more than that. It is an outright betrayal of the professional ethics of public relations and casts doubt on all practitioners...It is a perversion of media that takes advantage of the weakness of the system to issue disinformation worthy of the Kremlin.

The text of today's letter from Torossian to staff is below. Similar to his statement in the Feb. 18 article, it seems incomplete and disingenuous. Its tone seems more smug than apologetic. In short, Torossian has his cake and will continue eating it. He's no longer CEO, but remains chairman and founder of a firm that, he says, will continue to prosper.

Torossian admits tersely he's made "many mistakes," but says nothing about the victims of his disinformation campaigns. The victims include those whose professional reputations he damaged and perhaps job losses he caused at rival PR firms. There's also no admission that his actions reinforce negative public perceptions of the profession. And there's no indication he intends to atone, perhaps through funding a PR ethics program or disinformation education effort.

'Not Goodbye, See You Later'

In addition, his farewell note frequently is braggadocious. As such, it's reminiscent of certain pieces of Everything-PR content.

For example, Torossian heaps praise on himself for founding 5WPR. "We have done great things together," he writes. 5WPR, Torossian adds, "is one of America’s largest and leading PR agencies...[it] will continue to flourish and serve its current and future clients with brilliance."

O'Dwyer's ranks the agency #11 on its list of independents.

He also notes blithely, "Life is good...I’m certain I am just getting started. The business I founded will continue to prosper while I take some time to plan what’s next.  I have worked really hard for a really long time. I need some time, but I have no doubt that I will build again."

Move on, No Story Here...Really?

Torossian also attempts to downplay his departure. "Dara Busch and Matt Caiola have largely led 5WPR as Co-Presidents in recent years. Our staff and clients know we have long operated this way."

Of course, if, as Torossian claims, he's not been hands-on for years, his presence shouldn't be much of a burden. So, why step down?

On the other hand, if he's genuinely concerned about being "a distraction," shouldn't he exit as chairman too? Make a clean break of it? Isn't that the advice he'd offer a client?

In addition, for optics, shouldn't Busch and Caiola depart? Is it likely that 5WPR's co-presidents were unaware of Everything-PR's use as a base for unethical activities? As such, aren't they tainted?

And what about companies 5WPR represents and represented that benefitted from bogus information on Everything-PR? Will their leaders condemn Torossian or perhaps remove their business?

He ends the letter with an appeal for Ukraine, which some may see as an attempt to change the subject.

"If nothing else," Paine wrote late last month,  Torossian-gate "has elevated the discussion of ethics in the PR industry, of which we can never have enough."

The Text of Ronn Torossian's Letter

This is a very difficult letter for me to write.

I have made the decision to step down as CEO of 5WPR. I have become a distraction and the team deserves the freedom to operate in a context free of noise - noise I personally created.

I started 5WPR at the age of 28 in December 2002. Today, nearly 20 years later, we employ 275 people, and are one of America’s largest and leading PR agencies. We have done many great things together.

But I have also made many mistakes.

5W is thriving – we have no debt, we are profitable, and are growing. We have zero interest in selling. Life is good. Our team will thrive.

5W will continue to flourish and serve its current and future clients with brilliance. Dara Busch and Matt Caiola have largely led 5WPR as Co-Presidents in recent years. Our staff and clients know we have long operated this way. Moving forward, they will continue to run the company as Co-CEOs.  Matt and Dara are incredibly bright, dedicated, and hard-working.  They have a combination of a compelling vision and operational expertise - I have every confidence the firm will continue to thrive under their leadership.

Personally, I will serve as Founder and Chairman. The CEOs will lead employee relations, client management, and day-to-day decisions of the agency.

For me? I’m certain I am just getting started. The business I founded will continue to prosper while I take some time to plan what’s next.  I have worked really hard for a really long time. I need some time, but I have no doubt that I will build again.

My daughters will continue to be the light of my life. I am blessed to have them.

There’s a lot more I could say. And, eventually, maybe I will. But it won't change the facts on the ground today, and those are my responsibility alone. I simply don’t want my mistakes and noise to distract any more.

I am so grateful for the thousands of employees and clients we have had through the years. I thank you all.

[Update, March 17, 2022: Ronn Torossian mounted the initial foray at rehabilitating his sullied reputation in PR. Earlier this month he put online a pair of sites: ronntorossian.com and ronntorossianupdate.com.

In large part, they're self-promotional vehicles containing short Torossian essays about PR basics. The sites may represent an attempt to overtake unflattering stories about him found in online search. It's unclear that tactic will work.

In addition to essays, the sites feature a bevy of photos of Torossian. Also popping up are awards he's won and other plaudits for Torossian. His byline mentions he founded 5WPR and a charitable foundation.