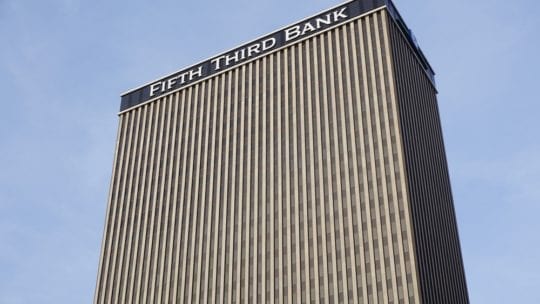 Despite the public’s increased demand for transparency, many brands still prefer to keep bad news quiet. In announcing it will be phasing out Google+ for consumers, Google mentioned (some would say buried) the discovery of a data breach of potentially 500,000 Google+ users. The breach occurred in March. Google revealed the breach Oct. 8, some seven months after it occurred.

It's gotten to the point that when a brand's bad news is not swept under the rug, it's noteworthy. That's what led us to this story.

Earlier this month, a representative of Fifth Third Bank, the 24th largest bank in the U.S. by assets, allegedly told Cole Leleux, CEO of gunmaker Spike's Tactical, it was no longer interested in doing business with the company.

What makes this affair unusual is that Spike's decided to buck the transparency trend. But it did so to publicize negative news.

It also broke a cardinal rule of PR and publicized via press release the actions of another brand.

The title of the release it issued was "Fifth Third Bank joins war against guns, notifies certain account holders they will no longer do business with gun manufacturers." It sounds like something the bank might have released to publicize its stance on guns. Instead, it was gunmaker Spike's Tactical that issued the release. The bank has remained relatively quiet.

Fifth Third Bank, the release said, was "discreetly planning" to exit working with gun-related businesses.  The release stated that Fifth Third decided to not renew Spike's line of credit. In addition, the release said, it encouraged Spike's "to find a new bank to hold" its accounts. Fifth Third notified Spike's that its commercial mortgage, which a subsidiary of Fifth Third owns, "should be transferred [to another bank] or it could potentially be called early," according to the release.

Another unusual touch: the release provided background material for reporters. For example, it included this sentence: "Earlier this year, Bank of America and CitiGroup announced they would also begin restricting their business dealings with gun-related companies."

The release failed to mention the context of those moves. BOA and Citi took those decisions in the wake of the Feb. 14 shootings at Marjory Stoneman Douglas High School.

Also absent from the release was mention of something that occurred last month in Cincinnati, at Fifth Third Bank's headquarters. On Sept. 6 a gunman entered. He opened fire in and around the building, killing three people, including one bank employee, and wounding two.

One of the wounded eventually died; the other victim, Whitney Austin, 37, was shot 12 times. She recently was released from the hospital. Austin hopes to eventually resume her job as a product manager at the bank, the American Banker reports.

Spike's' PR agency is Judge PR. We asked its owner, James Judge, why the fatal shooting of Sept. 6 wasn't included in the release. "I didn't know about it when I wrote the release," he told us.

He added, "Any time there's a loss of life it's tragic." He quickly added that law enforcement used a gun to kill the perpetrator. He also said it's "hypocritical" for a bank to turn its back on gunmakers. Banks, he said, "have been and continue to be protected by guns..." By refusing to do business with gunmakers, Judge said, banks "are attacking the very industry that is often their first line of defense.”

Is Fifth Third In or Out?

Fifth Third Bank refuses to confirm details of Spike's news release, citing privacy concerns. A spokesperson admitted to the American Banker via email it is committed to “keeping firearms out of the hands of the wrong people.” Yet the bank insists it continues to do business with gun makers.

On the other hand, Fifth Third CEO Greg Carmichael, told the Cincinnati Enquirer after the shooting, "This has to stop — we have to find a way to stop the gun violence in this country."

Another question we asked Judge is why Spike chose to go public with a story most businesses likely would bury. "Most businesses are not under attack the way Spike's and other gun companies are under attack," he said.

In addition to banks, social media sites such as YouTube, Facebook, Shopify and Google restrict or prohibit gun-related business, Judge said. So do brands such as Walmart and Dick’s Sporting Goods. It's also challenging for communicators representing gun companies to get press releases distributed, he added.

Was the decision to issue the release about Fifth Third based on his counsel or did Spike prompt it? "It was a mix," he told us. "We both felt we wanted the public to know what the bank was doing."

In the release, Spike's co-owner Angela Register said, “We understand that the gun industry is not a protected class and that banks and other businesses can choose to not do business with us, but we also believe that customers should know if that vendor has decided to enter the political arena and they’ve taken a stand against guns.”

Judge says his firm represents clients "running the gamut" from restaurants to veterinary hospitals. None has urged him to drop Spike's or other gun makers from its roster. If a business is operating legally, Judge says, "it's our job to tell its story."