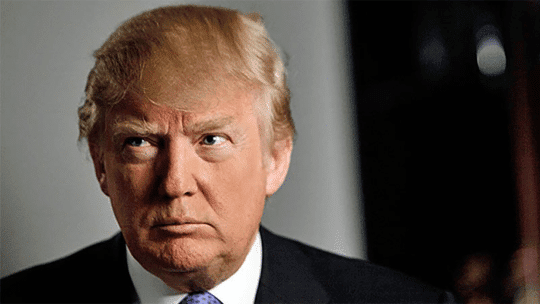 Several months prior to President Trump’s election, it was argued in the subscription publication PR News that Mr. Trump was rewriting portions of the PR playbook. His emergence from the field in the Republican primaries and November 2016 election victory are examples of how these revisions worked for him. The main re-written tactic during those early days was to never apologize, attack your attackers instead.

The president’s selection of William Shine to run White House communications as deputy chief of staff for communications is another example of how Trump continues to rewrite traditional PR tactics.

The PR dictum he’s revised in this case relates to crisis management. The traditional PR playbook urges brands to build relationships with media and other stakeholders prior to facing a potential crisis. Having these friendlies could come in handy during a crisis.

The Trump re-write goes like this: Monitor the social conversation among stakeholders and then take the opposite route and don't worry about making friends. For example, if the conventional wisdom is urging you to avoid hiring a controversial figure as the nation’s chief communicator, you make that hire regardless.

Like him or not, the president, in this instance, is authentic. His election pledge was to shake up Washington, drain the swamp. There’s no better way to shake up the Capitol City than going against the grain. You’d expect Democrats to turn up their noses at the Shine appointment, but some Republicans are joining them.

The concern, of course, is Shine’s connection to Fox News and its creator, the late Roger Ailes, who was ousted in June 2016  due to sexual harassment charges. Shine, named co-president of Fox News after the departure of Ailes, also was forced to leave, in May 2017, in the wake of complaints about his poor handling of Ailes' and other sexual harassment incidents.

For PR pros, having Shine, a tarnished individual, as the country’s top communicator appears problematic. At first glance the appointment does little to raise the estimation of communicators at a time when the public questions the integrity of the profession.

When Confronted, Double Down

While the Shine appointment, at least for the moment, seems less controversial than the president’s zero-tolerance policy on immigration, which separated families at the U.S.-Mexico border, Trump’s choice of tactics in the two cases is similar.

As you may recall, just hours before signing an order to halt the separation of families last month, the president spent the day promoting the zero-tolerance policy. While Democrats railed against the policy, many Republicans did, too. Again, the opposition served to steel the president’s commitment to the policy.

In the end, the president changed course (how much remains up for debate and is outside the scope of this essay). But in keeping with his revised PR playbook, the president refused to apologize for the policy.

Limits of the New Wisdom

While the president enjoys success working from a revised PR playbook, its appeal for others could be limited.

The tactic of attacking your attackers failed for former EPA chief Scott Pruitt, who was forced to resign July 5. As Katie Paine points out in PR News, Pruitt’s EPA went into a “media death spiral” due, in part, to its excoriation of the press and unrelenting efforts to stay out of the headlines. An example: Instead of responding to a reporter’s question, Pruitt spokesperson Jahan Wilcox told the journalist, “You have a great day, you’re a piece of trash.”

Needless to say, the EPA had few friendlies in the media as allegations against Pruitt mounted. Instead, the press steadily reported them. As Erik Wemple, a Washington Post reporter, presciently noted, “These recriminations from the EPA press office have been going on for months and where has it gotten them? More piercing, dead-on accurate scandal coverage, not to mention a dozen federal probes of Pruitt.”

Still, the president holds tight to his PR dictums.Traditional PR wisdom says the president should own his mistake and apologize for a flawed appointee. His tweet announcing Pruitt’s departure mentions nothing negative about the ousted EPA chief. Instead, he praises Pruitt.

Pruitt used similar tactics in his resignation letter, which not only invokes God, but praises the job he (Pruitt) did and blasts the media one last time.