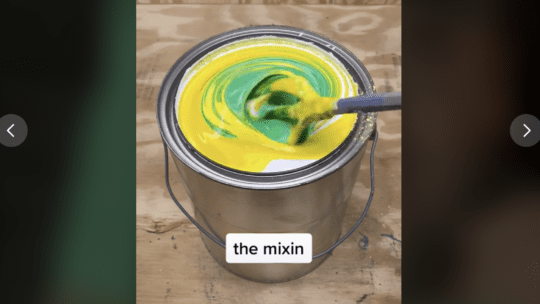 Sherwin-Willians seems to have missed out on a primary opportunity to not only utilize clever content, but promote employee creativity. The 154-year-old paint company surprised many consumers, not to mention Tik Tok users, when it fired college senior Tony Piloseno after he amassed quite the social media audience with paint-mixing videos.

Piloseno worked for three years as a senior sales associate at a Sherwin-Williams store before starting his viral paint channel. He said he purchased paint and created videos when the store was slow to show the paint-mixing process.

While the firing happened in July, word gained traction this week after the release of the BuzzFeed article. The paint company is dealing with a heap of responses on, ironically, social media, garnering disbelief from the public about what could have been a good employee partnership.

Firing the Sherwin Williams guy is like Ocean Spray sending the skateboard dude a cease and desist.

On one hand, possessing a legacy brand is a great thing. People recognize your logo and tagline. They often pick the brand first, based on its longevity and trustworthiness.

On the other hand, a legacy company can have difficulty reaching new generations of consumers. They may find the brand old and dated. Some companies circumvent this with digital innovations and tactics to update public reputation. Coca-Cola, Converse and even Apple are examples of brands constantly reinventing themselves to appeal to new customers.

In this act, Sherwin-Williams portrays itself as a dinosaur. Instead of embracing the ideas and creativity of an employee-influencer, it ignored his attempts to contact the marketing department and have his ideas heard, according to BuzzFeed News. His innovations might have benefited the company.

I've been seeing a ton of takes about this, and yes Sherwin-Williams dropped the ball big time.

But the larger issue here is how most brands aren't set up for innovation. There's still so much 'dinosaur thinking' taking place in corporate America. https://t.co/ru60H3hbBk

Many companies employ a written social media policy, distributed to and reviewed by new employees upon hire. It is unclear whether Sherwin-Williams has such a policy, or any employee training or review.

For example, T-Mobile's strategy quickly became “'Get out of the way and let our most charismatic employees connect with audiences,'” Lieberman said. The wireless company finds that highly engaged employees' passionate interpretation of the brand’s message is more effective than one, loud corporate voice.

Acknowledging employee creativity can do a lot for morale. Sherwin-Williams missed a big opportunity to showcase a staff member who not only had great reach with a newer audience, but created content where his passion truly shined.