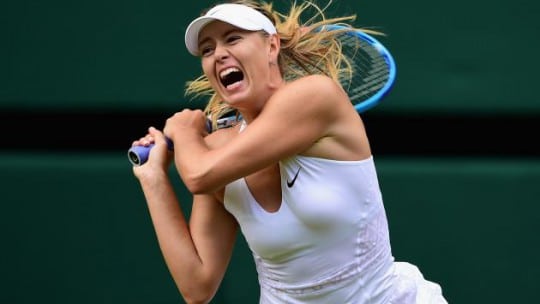 For decades, academic PR researchers have analyzed crises and advised speed and authenticity as the best responses. For years it seemed that all their advice fell on very deaf ears, but in recent months, and to a large extent due to the immediacy of social media, more and more major brands have been heeding their advice.

When tennis star Maria Sharapova recently admitted that she had failed a drug test in preparation for this year’s Australian Open, memories of the Lance Armstrong debacle were clearly top of her sponsors’ minds. Even though the offending drug, meldonium, only had been added to the banned list on Jan. 1, 2016, Nike, TAG Heuer and Porsche quickly declared “zero tolerance” and distanced themselves from Sharapova. Watchmaker TAG Heuer decided to end its talks to renew the Russian’s endorsement contract, which expired at the end of 2015. Nike and Porsche issued milder rebukes, as both brands suspended ties to Sharapova pending rulings on her case from the body that oversees tennis. The three brands’ coordinated messaging combined with their rapid response effectively distanced them from any negative spillover from Sharapova’s admission.

[Tips from the Sharapova incident can be found on page 8. ]

Similar fast action on the part of Whole Foods actually may have extended negative coverage of #orangegate, a crisis that erupted on Twitter when an advertising copyrighter posted a snarky tweet about the grocery chain’s new offering of pre-peeled oranges. In this case, the tweet went viral and thousands of people noted the excess use of plastic packaging contradicted Whole Foods’ sustainable brand image.

Whole Foods responded within hours with a mea culpa, and pulled the product from its shelves. While Sharapova’s sponsors were lauded universally for their quick action, Whole Foods continued to be slammed on Twitter (#orangegate) both by those who reject plastic packaging as environmentally unsound and by those in the disability community who were angry that the product had been pulled from the grocer’s shelves. Peeled oranges provide easy access to a popular fruit that is difficult for those with limited dexterity to enjoy.

Had Whole Foods taken a little more time and listened to the conversation more, what it heard might have shaped its response to better navigate between the two camps. 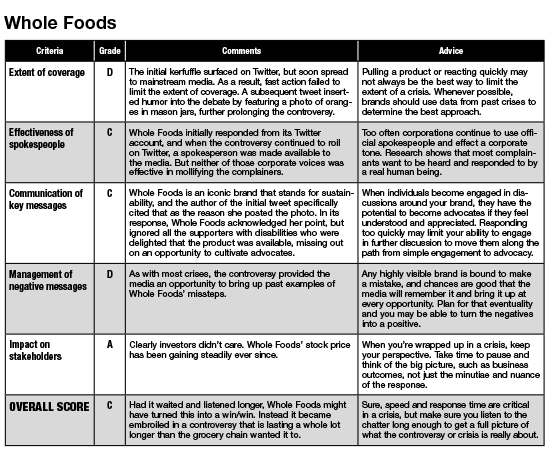 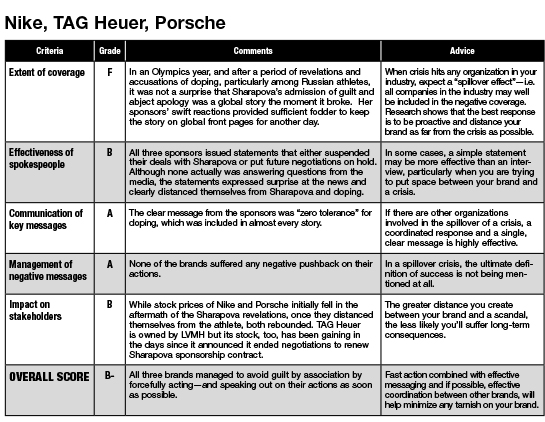