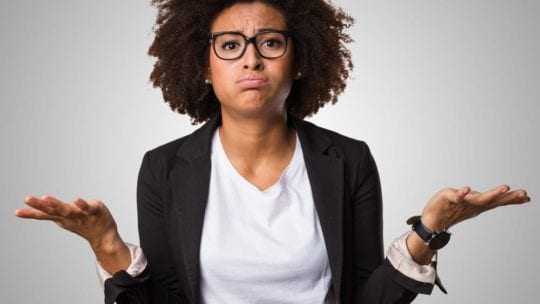 It’s not a political statement to say reopening the country has become a political football. Messages mixed with politics arrive daily.  The public is confused about reopening. Likewise, it is confused about much to do with the virus. Don't blame the public. Having a central information source the public can turn to is critical, healthcare PR pros say. Speak with one voice. It prevents confusion. That source is absent, though.

For example, the country’s top infectious diseases specialist, Dr. Anthony Fauci, told a Senate hearing this week to be cautious about reopening, particularly schools, since children are involved. Hours later, the president said he disagreed with the doctor.

The president wants a faster reopening than Fauci. The president, though, also says reopening is up to the states. Some states, he adds, are not ready to reopen.

OK, then. Let’s ask a supposedly neutral observer, the CDC, for its guidance about reopening. The CDC has an extensive, 57-page document containing reopening guidelines. In addition, it has a 17-page guide for reopening. Excellent.

Speaking with One Voice

Not so fast. The White House allegedly blocked release of those documents. The Associated Press, though, managed to get a look at the longer of the documents. It published details of what it saw.

PR Takeaways: Do you need more evidence that internal communication needs a name change? Nothing's internal anymore. You must anticipate leaks to social or traditional media of whatever is written or said inside your company or organization.

More confusion: the CDC tells us to ignore those documents. What the AP allegedly saw, CDC says, was unedited and not intended for release.

Don’t lose hope, though. On April 17, the White House released a set of guidelines for reopening. And yesterday, the CDC unveiled a series of one-page decision tools aimed at guiding ownership in reopening. The tools are aimed at: schools, workplaces, camps, childcare centers, mass transit systems, and bars and restaurants. Only some guidance in the tools tracks with White House guidelines, but it's close enough.

Let’s add a dash of politics. This week, Chuck Schumer, the Democrats’ leader in the senate, authored a resolution calling for the federal government to release all the reopening documents. It went nowhere.

But if all the above wasn’t confusing enough, the AP argues that the one-page CDC decision tools are watered-down versions of what they were earlier. Yes, the AP got a look at the original one-page tools.

Those original tools, it said, included more stringent language. The implication is, of course, that the administration edited the language  to present fewer roadblocks on the path to reopening.

For example, the AP said the original one-pager about summer camps called for limited attendance. Only campers who live near a camp should attend. That clause was dropped from the CDC tool posted yesterday.

In addition, the AP reports, the original one-page guidance tool for child care centers urged ownership to check children and staff for “signs and symptoms” of coronavirus. Yet such checks are recommended only when “feasible” in the tool posted Thursday.

The “as feasible” and “if feasible” phrases appear throughout the CDC tools. However, a definition of feasible is not included. On the other hand, the CDC deserves props. The tools are clearly written and easy to read.

Still, they contain head scratchers. For example, in the one-page tool for businesses, managers are urged to “encourage social distancing and enhance spacing between employees...where feasible” [our emphasis in both instances].

In addition, businesses are urged to “promote [again our emphasis twice]…employees wearing a cloth face covering, as feasible.”

By now, mask wearing and social distancing are considered de rigueur, right? Well, not exactly. In some areas, masks are mandatory and they're not elsewhere, even in neighboring locations.

To Mask or Not to Mask?

As if there were not enough mixed messages, today’s Rose Garden announcement on vaccines was a case of mask confusion. Several officials, including Dr. Fauci and Dr. Birks, appeared masked. The president and the secretary of defense, among others, went sans mask.

While the CDC tools offer wiggle room, they also urge companies to reopen only if it “[is]…consistent with applicable state and local orders...and you are ready to protect employees at higher risk for severe illness.”

The time for politics as usual has long passed. Adherence to PR maxims of clear communications and a central source of health information are needed. Now.