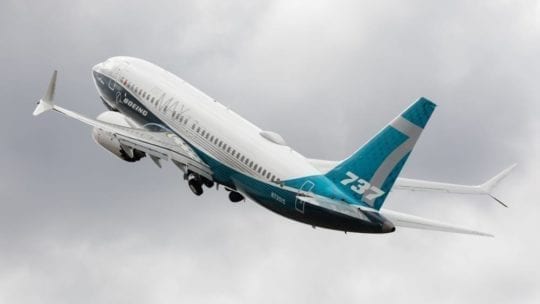 [Editor's Note: This post describes two crises, both of which resulted in fatalities. In only one case, were jobs lost as a result.]

At Flowery Branch, GA, about one hour’s drive from Atlanta, DJ Durkin is watching the Atlanta Falcons football team train. Under the warm southern Sun, Durkin is  monitoring the club’s special teams and defensive players. A guest coach, he will be on site for 10 days, according to the team.

Even if you know nothing about football, Durkin’s name might be familiar. He was head football coach at the University of Maryland as recently as 2018. Durkin presided over the program when a lineman, Jordan McNair, passed out during spring practice in late May 2018. It is alleged that trainers were told to ignore the player. "Athletes need to tough out the heat," was the dictum under Durkin's regime.

More than one hour after collapsing, McNair was transported to a Baltimore hospital. He died there a few weeks later, in June. An internal investigation began in August 2018; Durkin went on leave at the time.

The investigation's verdict condemning Durkin's football program as "toxic" arrived months later, in October. Inexplicably, after reading the investigators' report the state’s board of regents reinstated Durkin in the middle of the 2018 football season.

A student revolt ensued; several players refused to remain at Maryland. The school’s president listened and acted. Dr. Wallace Loh  quickly overrode the regents and fired Durkin. The returning coach had lasted just one day. Loh also announced he’d be departing, in June 2020. A few weeks later, after prompting from Maryland Governor Larry Hogan, the board of regents’ head stepped down. The school's athletic director, Damon Evans, has a job at Maryland to this day. He helped hire Durkin, but failed to monitor the coach. Incidentally, Evans has an interesting background, to say the least.

Back in Flowery Branch, Dan Quinn, the Falcons’ coach, opened his first press conference of the summer earlier this week. He addressed something other than football. That’s unusual since the Falcons are coming off their first losing season in Quinn’s four-year tenure as coach.

“I know what [Durkin’s] character is,” Quinn told reporters, according to USA Today. Quinn and Durkin coached together earlier in their careers. The Falcons “did all of our due diligence of calling everybody at Maryland and had our own follow-up,” Quinn added. Really?

The calculation seems to be that Durkin’s football prowess is more important to the Falcons than any negative PR his temporary job will bring. Or perhaps it’s a friendly gesture from Quinn to help resurrect the career of a former colleague.

During his remarks, Quinn called the McNair incident “unfortunate.” That seems an interesting choice of words when a young man’s death, which was probably preventable, is involved.

Speaking of preventable deaths, somewhere in a Chicago office building is Dennis Muilenburg, Boeing's chief executive and chairman. Unlike DJ Durkin, who, as we’ve seen, is temporarily employed, Muilenburg enjoys a full-time job. He made $30 million last year.

There’s a maxim in the aviation industry that safety begins at the top. The question, then, is how can Muilenburg continue to draw a paycheck?

Decisive action after the crash of a Boeing 737 Max 8, in October 2018 in Ethiopia, might have prevented the downing this March of the same model aircraft. The latter disaster took some 150 people at high-speed head first into the Java Sea off Indonesia. All told, 346 passengers lost their lives in the two crashes.

When PRNEWS wrote about the first crash, in late 2018, we mentioned that 2019 was looking to be a year where brands were going to try to regain trust. Boeing, we wrote, had drawn a line in the sand. It stood behind the safety of the Max 8, hinting that the crash could be the result of pilot error. We hoped that was the case.

Communications Issues and the First Crash

In addition to the reputation and trust issues, the marketing and communications issues in play drew us to the story. Boeing had marketed the Max 8 as being so similar to earlier 737s that extensive (and expensive) pilot training on simulators was deemed optional, critics charged.

Pilots, though, argued the older and newer planes were significantly different. Moreover, there were reports that the 737 training manual contained little information about the 737's new MCAS, the automated flight control system, which some believe was the culprit in the first crash. MCAS essentially took control of the flight, pointing the aircraft down as pilots fought to stabilize the flight. They also struggled in vain to disable the system.

Boeing denied the manuals were insufficient. It also defended MCAS. On the other side, anonymous sources said the company knew there were issues with MCAS, but kept quiet. It's usual that such finger pointing follows deadly aviation crashes.

Complicating the whole affair, though, was that Boeing, not long after the first crash, began dispatching squads all over the world. The squads were to brief airline pilots on the updated MCAS. As we wrote then, if the MCAS was not to blame and there’s plenty of information in the manual and the new 737 is so much like earlier models, why was Boeing undertaking the costly step of sending out briefing squads? It didn't add up.

As you know, five months after the first crash, another 737 Max 8 flew into the Java Sea, killing some 150 people. A bit later the world’s governments grounded the fleet, with the F.A.A., arguably the planet's aviation gold standard, trailing the pack. Months after deflecting blame, Muilenberg and Boeing admitted its planes were at fault. Can Muilenberg be trusted again?

As layers of the onion are peeled back, we find the F.A.A. and its employer, Congress, also are blameworthy. The F.A.A. supported Boeing’s initial buck passing. Moreover the F.A.A. “has become less and less forceful in exercising its regulatory authority” over aircraft manufacturers, “even one that appears to be aggressively prioritizing profits over safety,” Jim Hall and Peter Goelz wrote in the NY Times recently. Hall was chairman of the National Transportation Safety Board from 1994 to 2001. Goelz was managing director from 1996 to 2000.

Did Boeing, as Hall and Goelz allege, put profits ahead of safety? That will take time to determine. An internal investigation should begin now. At the least, Muilenberg should be put on leave.

What about Boeing's board? Jim Lindheim, former Burson-Marsteller chairman and author of "Spin," a novel with a PR crisis in its plot, says, “Boards are often captive of CEOs. Their support of the CEO may run so deep that they just take the “mistake” in stride.” This could explain why Muilenberg and other top Boeing executives remain employed.

FleishmanHillard's Emily Frager believes there's nothing like a crisis to demonstrate the health of a company's values. "With the pressure on, leaders look for shortcuts and worse—resort to cover-ups, denial and repeat offenses, which...can ruin companies, careers and even lives," Frager says. Company leaders, she argues, are out of shape when it comes to exercising company values. As a result, during a crisis many of them disregard company values. Instead, Frager says, they "make short-term decisions based on internal pressures, pressures from the street and/or the media."

Had Boeing hired a new CEO, Lindheim says, even an insider, "it would have sent a powerful message that the board cares deeply about safety...and honest communications." Agreed.