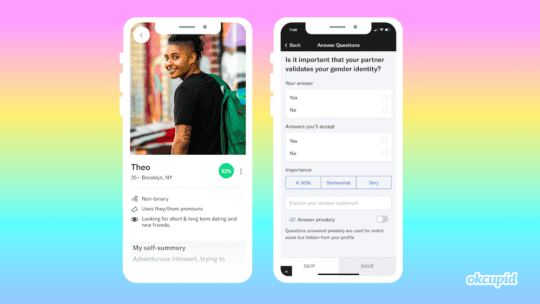 June will forever be known as Pride Month, paying homage to the Stonewall Inn uprising that took place on June 28, 1969, serving as a catalyst for the gay rights movement in the United States.

In non-COVID times Pride supporters filled their calendars with parades and events across the globe, celebrating the importance of LGBTQ+ rights and representation. It seems only fitting during this time of another equality movement, Black Lives Matter, that messaging reflects a nod to the history of Pride—an uprising against police brutality by the queer community.

On June 1 GLAAD released a statement acknowledging the different look of Pride this year, but the continuation of its core goal of the fight for equality.

“It is all of our responsibility to speak out publicly against racism, systemic injustice, and police brutality, and to elevate voices and amplify stories of people of color, especially within the LGBTQ community...There can be no Pride if it is not intersectional.”

Understand the Importance of Civil Discourse

While most Pride events have moved to the virtual world, it’s important for brands not to go silent.

“Now is the time—more than ever—to elevate your voice around equality,” said Scott Widmeyer, a managing partner at FINN Partners and an esteemed member of the LGBTQ community. “We need to see corporate America stand up and be heard. Lip service is not enough. A few positive ads are not enough.”

Actions taken by brands can start important conversations, needed by many in the country at this time.

“We have seen such a huge absence of civility and civil discourse in our society in recent years,” added Widmeyer, who delivered the keynote address at the Museum of PR’s first-ever LGBTQ PR Professionals Panel in 2019. “This is front and center in American politics and it plays out from the White House to the local courthouse. Getting to a consensus around civility will help us eradicate the poisons we are now dealing with.”

As Widmeyer pointed out, mere “lip service” to a movement does not do enough during this time of change. Quincey Smith, SVP BerlinRosen, said brands need to take the time to craft their messaging, while also doing background checks on their own organizations’ track records.

“Brands need to be intentional and clear when aligning themselves with any social movement,” Smith said. “In the past few weeks, we’ve witnessed a lot of organizations rush to respond to current events without a thoughtful approach that demonstrates an understanding of the moment and the history of the movement.

“As we've seen from recent backlash against brands and celebrities, performative allyship doesn't cut it. If you want to change your logo to reflect the Pride flag, first consider if you are actually supporting and empowering your LGBTQ+ staff. Does your company’s non-discrimination policy mention trans folks? Do you provide equitable benefits for LGBTQ+ workers and their families? Do you create an inclusive culture that welcomes all? Actions speak louder than words.”

OKCupid is known for always striving to create an inclusive experience on its dating app. But as it continued to hear stories regarding the Black Lives Matter movement, it knew it also wanted to be a part of that change.

As part of its intersectional strategy, this week OKCupid launched a #BlackLivesMatter profile badge for millions of daters to add to their profiles to publicly share their support of the movement and connect with others who feel the same, shared Michael Kaye, Global Communications Manager at OkCupid.

“As a place that fosters connection and conversation, we also added a new series of matching questions related to racial equality and justice to encourage conversations between people,” Kaye said. “There's been over 100,000 responses already.”

And since it is a social app, it will also honor the celebratory spirit of Pride. At the end of June it will launch a virtual Pride celebration on Instagram with LGBTQ+ advocates and influencers.