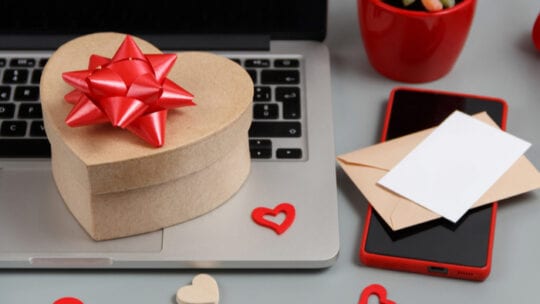 Sophie: Valentine’s Day is just around the corner, and things are just a little different this year. I can’t say there has been a lot to love about the last 12 months! But I think I’m getting into the spirit, especially with this vaccine rollout. What say you, editorial team? Anything that’s been perking you up in the world of PR lately?

Erika: It's been nearly a year since we first shifted to remote working and saw lockdowns begin. But some of the PR pivots we've seen have been astonishing.

Nicole: It's incredible to see the creativity and innovation of the past year in regards to PR.

I've been really impressed with all of the extra efforts put into communicating about COVID protocols and updates—no matter what the industry. I've been getting great email newsletter updates from my medical group regarding the vaccine, as well as Facebook posts from the local snow tubing venues on how they are disinfecting and social distancing riders. Both important!

Erika: I agree, Nicole. And I've been even more impressed with some of the communication coming from local establishments in my area in particular. They probably don't have full-time communicators on staff.

Nicole: Absolutely. Smaller teams or teams of one and more work to do is no small thing.

Sophie: That’s so true, Erika. Every small business has taken on the role of updating their customers on a near-daily basis, while staying on top of ever-changing regulations.

Seth: I was happy to see the other day that Regions Bank, after meeting with BlackLivesMatter, Faith in Works and Alabama Students Against Prisons, opted to discontinue financing construction of a prison that CoreCivic, a large private prison firm, is building in Alabama. To make this kind of statement in Alabama really shows a company living its values.

Nicole: Diversity and inclusion efforts in general have definitely been a bright spot.

Seth:  Other banks, such as JPMorgan, Wells Fargo, Bank of America and Sun Trust, also have previously said they would not finance private prisons. But Regions is tiny compared to those big banks.

I also am happy to see that the Olympics official in Japan, who'd made remarks that belong in a "Mad Men" episode, apparently is ready to resign.

Sophie: Not much to love about that Olympics official this Valentine’s Day.

I prefer my roses and champagne delivered without a side of misogyny, thank you.

Erika: I'm glad to see that more organizations are putting their money where their mouth is. Though of course there are plenty of empty statements as well. It sort of remains to be seen how much progress has been made.

Sophie: Totally, Erika. Seth, you’ve spoken a lot about the need for an annual sort of benchmarking. To see how companies have lived up to DEI statements.

What do you see as the PR community’s role in measuring or reporting out progress, or lack thereof?

Seth: Yes. During the Museum of PR's celebration of diversity event the other night, one of the speakers mentioned that when the anniversary of George Floyd's death arrives (May 25) he believes there will be a public demand for results on diversity from companies.

Sophie: That’s a tight deadline for any company that hasn’t done much on this score since last summer. Lots of love for the communicators working to make their organizations more inclusive, inside and out.

Seth: My search for progress is far from exhaustive, but I can recall only one firm, Weber Shandwick, coming out with diversity figures and stating plainly that they weren't good. Wish other PR firms, and companies outside the PR space, would be as transparent.

Erika: Nicole, you just wrote a piece about how to communicate progress, even if it's not great.

Nicole: I think reporting progress, even if you are lagging behind, not only cements a promise to your public audience, but is great for internal communications as well. Employees want to work for a company they can be proud of, and those are your first-ring influencers as well. I think the NFL, for all its issues, did a good job of being honest about falling short on diverse head coach hiring on Super Bowl Sunday. If they hadn't said anything, it had looked a lot worse and been speculated upon in the press and elsewhere.

Sophie: Who doesn’t love somebody who is able to be honest with themselves and admit their flaws? Much more relatable protagonist than you’d see in a “paragon of virtue” narrative.

Seth: The lack of Black owners is a huge issue, too. The NFL has two people of color in ownership, but no Black people. And still little or no mention of Colin Kaepernick.

Nicole: To be fair, trying to find the amount of pocket change to buy a team is probably only attainable for a very small percentage of the population. Socioeconomic diversity is a point overlooked quite a bit as well.

Seth: True. And on the NFL, I see your point, Nicole. Commissioner Goodell could have dodged the question on diversity, but he didn't. So, he gets a bit of credit.

Sophie: Does he get a Valentine’s Day card, though?

Seth: Yes, but no candy.

Sophie: “Thanks for trying, a little bit.” -Love, PRNEWS

Nicole: What would his conversation heart say?

Erika: Who would you send a full bouquet to?

Seth: The managers of the impeachment, particularly the video editors.

Nicole: Anyone in comms at the ACLU.

Erika: How about Jen Psaki?

Nicole: She deserves a heart full of chocolates for bringing back daily, civil, informative pressers.

Seth: How about Rep. Raskin, for having the guts to cry in front of the nation?

Sophie: The NAACP, surely. Our Media Relations keynoter Aba Blankson, their SVP of marketing and comms, has done a marvelous job balancing advocacy around so many issues facing Black people in the U.S., from being the hardest hit by COVID, to numerous police killings and of course, the election and getting out the vote.

Seth: I'd send chocolate and flowers to all those communicators and media members who've been terminated and furloughed during the pandemic.

Sophie: Absolutely. Well team, thanks for sharing some love for our PR community and all the work they’ve been doing. With a little more chocolate and champagne, I should be able to get through the 10 Zoom calls I have planned today.