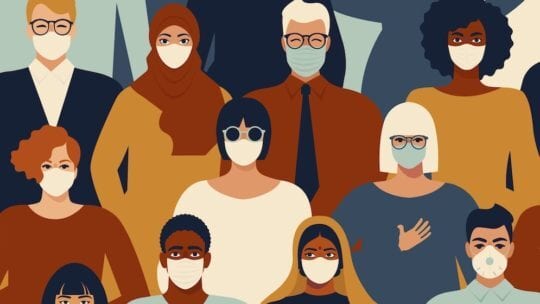 Late last week, Weber Shandwick did something few companies have done. Many, including Weber Shandwick, have pledged to bolster diversity, equity and inclusion (DEI). Few if any have released their diversity data. Weber did. In this case, it was for the company’s US senior leadership. The data were grim. In a tremendous display of transparency, Weber admitted as much.

Just 85 words in, the agency, referring to the data, admits, “It’s not a positive story, but it’s an important one.”

Weber then makes another obvious yet necessary statement: You need to know where you are today if you want to make progress tomorrow. While DEI is more than numbers, measurement is part of it. As Weber puts it, “We believe that real progress going forward will be accelerated by transparency on where we stand today. But change starts with clear benchmarks to measure long-term, lasting impact.”

The statement is refreshingly blunt: "[T]he headline–on every level–is that people of color are grossly underrepresented in our agency." The data show that the agency's values "simply aren’t reflected in" its workforce composition. "We have to do better.”  That's a textbook example of owning your mistake.

The agency, it adds, will “move as quickly as possible” to rectify things.  “It will be a formidable journey and…require an action plan devised with more rigor and more resources than we’ve designated previously.” We await that action plan.

In addition, Weber pledges to “continue to share our progress...as we...reinvent our approach and leverage our talent to contribute to a greater good.”

Weber Shandwick’s owner, IPG, released its diversity data last month. That move was in response to a letter to the advertising community in June from 600 Black ad agency pros. The letter urged agency chiefs to release diversity data and take steps to bolster diverse hiring.