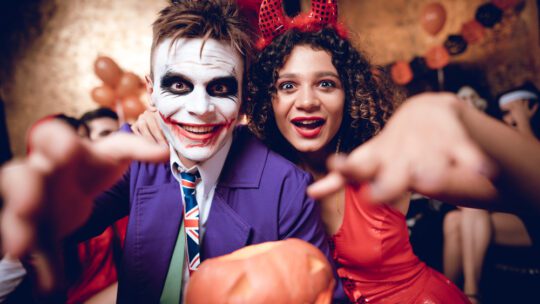 With the scary year and a half we’ve had, some may be hard-pressed for wardrobe inspiration this Halloween. The PRNEWS team has got PR pros covered, though: Here’s our list of potential costumes for your next Zoom party (also good for under-the-chin flashlight storytelling).

The Zombie Tweet: Just before starting a job as editor-in-chief at Teen Vogue, journalist Alexi McCammond’s decade-old racist and homophobic tweets resurfaced. McCammond apologized, twice, but after 20 employees went public with their dismay, McCammond was ousted a week before her official start date. She’s now back at her former employer, Axios, but the incident reminds PR pros that social media posts, no matter how ancient, can come back from the dead.

The Doomed Book Deal: Last year, erstwhile New York Governor Andrew Cuomo inked a book deal with Crown for $5.1 million, with the publisher betting big on Cuomo’s boosted image early in the pandemic. Cuomo’s memorable daily press briefings in early 2020 were no match for a year marked by scandal, including a wave of sexual harassment allegations and a cover-up of the true number of nursing home deaths in the state. The book sold just 71 copies the last week of July. We’re not claiming clairvoyance, but we did predict Cuomo’s crisis would haunt him for quite some time.

The Invisible Post: While our list includes several crises that the subjects wish had gone unnoticed, sometimes brands post seemingly high-quality content that doesn’t reach many eyeballs. Social Marketing Influence founder and Instagram expert Brianna Huff says PR pros should not get too spooked if an Insta post doesn’t get many likes. Rather than deleting a low-engagement post, she advises repurposing the content as a Story, Guide or Reel. And, if your account is new, leaving up a low-engagement post up can show your audience that “you're going to consistently show up”—rather than ghosting.

The Wicked Queen: In March 2021, an explosive Oprah Winfrey interview with (the couple formerly known as) Duke and Duchess of Sussex, Prince Harry and Meghan Markle, aired. Markle described the environment behind Palace walls as one that tolerated racism and dismissive remarks about mental health. The brief statement issued by Buckingham Palace “on behalf of her majesty the queen” came a full day after the interview aired. PR pros were split over the statement’s efficacy and speed. (That said, here’s to a restful recovery for the Queen Mother this week; we’re not that evil.)

The Ghost PR Team: In April, two men died in an autonomous Tesla vehicle crash, raising questions about the model’s safety and packaging. CEO Elon Musk posted a defensive reply citing safety statistics, which did not land well with the public or investors. When reporters called, nobody answered: The company had dissolved its entire PR team months before. The Institute for Crisis Management's Deb Hileman called Tesla’s refusal to even acknowledge the tragedy or offer condolences “indefensible.”

The Horrifying Mass Email: We’ve all been there. Whether it’s sending the wrong hyperlink in a hurry, a glaring typo in the subject line, or an accidental reply-all, the stress of a digital comms kerfuffle can trigger recurring nightmares. Luckily, there are antidotes, as Southwest Airlines’ Cindy Villafranca shared with PRNEWS. By owning her mistake, apologizing to the offended parties individually, and outlining guardrails to avoid it in the future, Villafranca managed to slay whatever cruel demon is responsible for humanity's tendency to hit the send button too soon.