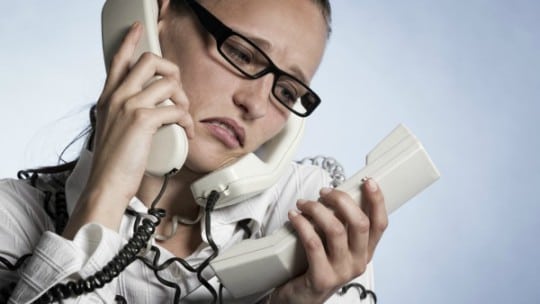 [Editor's Note: "Failure is the mother of success.” Thomas Edison tried thousands of light bulbs before discovering his life-altering solution. Babe Ruth hit 714 home runs, but retired as baseball's strikeout leader. KFC founder Colonel Harland Sanders was 65 when he began franchising his approach to fried chicken. He was rejected more than 1,000 times. Howard Schultz approached 242 investors with the idea of a chain of coffee shops. Nearly 220 of them refused the Starbucks concept.

In this series, a  partnership with the Institute for Public Relations, industry leaders share difficult, early lessons. See the previous article in the series.

This latest edition features Cindy Villafranca of  Southwest Airlines discussing what she learned from an embarrassing mistake earlier in her career.]

You know the feeling. The knot-in-your-stomach, lump-in-your-throat sensation when you realize you’ve made a mistake.

It was May 2014. The day began like any other. I was compiling news headlines for a daily round-up email to employees. Back then, that's how companies communicated with employees about internal and industry news.

Each morning I combed through thousands of stories, picked the most relevant, formatted the publication, double-checked hyperlinks and hit 'Send,' to more than 50,000 employees.

I was working on other things when an email alert arrived with the subject line: 'DID YOU MEAN TO SEND THIS?' My heart sank.

Immediately, I knew what I’d done. I'd sent a risqué, profanity-laced Men’s Health magazine story to the entire company.

Let me explain how it happened. Each day, I saved relevant news stories in a database for the next morning's email. I placed a story from Men’s Health in the database to remind myself to call it out to company leaders. A famous comedian wrote the story. I wanted the C-Suite to know it was out there since it mentioned the company. Sometimes these stories went viral.

The story was not meant for all employees because the article got raunchy, as comedians sometimes do. I meant to remove it from the daily archive and send it only to the C-Suite. And I forgot.

Immediately my brain was like no, no, no, this can’t be happening. I am detail-oriented and don’t like mistakes. Usually, I check and double-check. How could this happen?

Crisis response took over. I informed my supervisor, explained what occurred and owned the mistake. In addition, I began identifying solutions to help mitigate the fallout.

At the time, we didn’t have measurement tools, so we were unsure how many people actually read this daily email. Let’s just say we discovered that people read that email.

Many were appalled to see the story in a company-owned communication channel. Some even emailed the CEO and other leaders to say I should be fired.

Thankfully, I survived. Humans make mistakes. This wasn’t life or death, but I wanted people to trust I was competent.

So, what’s the point of a mistake if you don’t learn from it, and take steps to correct it?

I emailed and called more than 200 employees who were upset; I apologized. In addition, I took ownership and outlined steps to make sure this didn't recur. Ever.

We implemented a stringent review of all employee emails before they were sent. In addition, we added a filter for profanity and an email measurement tool so we'd have data.

Some still wanted me fired. Most, though, once they heard directly from me, appreciated the response.

Despite the day's rough beginning, I presented during a leadership meeting that afternoon. I pulled myself together to show company leaders that I can make a mistake, learn from it and keep moving.

Was I upset? Yes. Did it debilitate me? No.

I will never forget colleagues standing up for me and having my back when I needed it most. They protested when some people alluded to the outlandish possibility that I did this on purpose. Their encouragement helped get me through what seemed like the biggest professional faux pas of my career. A professional 'village' protected me and it felt good. You bet I’ll return this favor when I can.

Henry Ford said it well: The only real mistake is the one from which we learn nothing.

I learned to accept that I am human and make mistakes. I'll do my best to find a lesson in all of them.