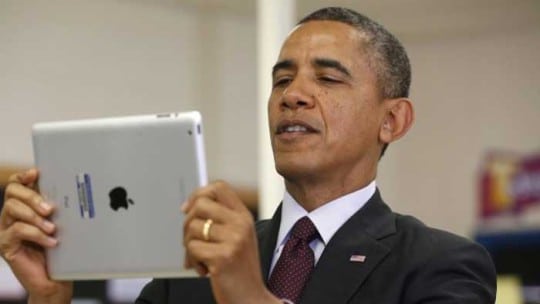 A lot of political firsts came out of the 2008 presidential election. The U.S. elected its first black president in then-Sen. Barack Obama, whose campaign also heralded a new age of political communications. The 2008 race was the first time Americans experienced a social media-drenched political campaign. Continuing the trend once he won the White House, Obama (and his communications team) still embraces social media in ways that few politicians can match.

With both parties' presidential nominating conventions drawing near, many influential individuals are lining up behind each party’s presumptive nominee. The president, perhaps the biggest name of all, recently endorsed Hillary Clinton in a way that only America’s first social media president would: on YouTube.

Obama’s decision to announce his endorsement on YouTube falls perfectly in line with how he’s conducted himself throughout his presidency. The president routinely speaks to the people on popular social channels like YouTube, Facebook, Twitter and Instagram. It’s all part of Obama's carefully crafted strategy to increase government accessibility and transparency, orchestrated by a powerful digital team operating from the White House.

As we did with Hillary Clinton, Donald Trump and Bernie Sanders, let’s take a look at the people behind President Obama’s social media success.

According to a profile by the New York Times, chief digital officer Jason Goldman leads a 20-person team responsible for inserting the president’s perspective into nationally trending topics.

Goldman came to the White House with a considerable amount of experience under his belt. Before heading to Pennsylvania Avenue he worked at Google, Blogger, Medium and was VP of product at Twitter during its explosive growth in the late 2000s. Empowered by a vast team, Goldman and his colleagues stay on top of emerging digital trends to help build a social identity for the president. The team monitors the social conversation and advises the president about opportunities to get his voice into the mix on issues and stories that are important to him. One example is when the president’s Twitter account reached out to Ahmed Mohamed, the 14-year-old boy who was arrested for bringing a homemade clock to his Texas school.

But as with many politicians, Obama doesn’t create or post much of the content that populates his feeds—be they presidential accounts or personal—according to the Times.

Whether or not Obama sits at the keyboard, the ways in which his team built a robust stockpile of content that accurately reflects the persona of the president should offer inspiration to communicators.

Even though Obama brought social media to politics in 2008, today’s presidential campaigns are markedly different from the Facebook-and Twitter-heavy ones of yesteryear. While these platforms continue to play large roles on both sides of the aisle, Obama-esque professionalism on social doesn’t appear to be what voters seek—just look at the Trump and Sanders campaigns (or Hillary Clinton’s “delete your account” tweet) for evidence.

As the nation braces for November, it will be interesting to see how Obama’s social media savvy is deployed to help the Democrats keep the White House.