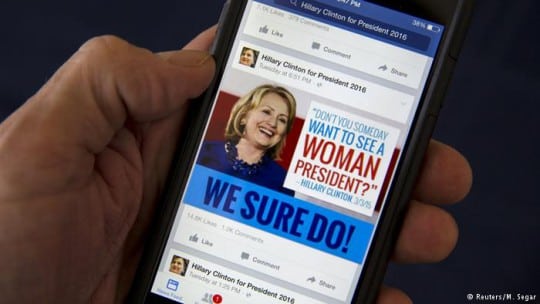 This is the first installment of PR News' look into the people and strategies behind the social media presence of the top presidential candidates.

Long before Katie Dowd became the brains behind Hillary Clinton’s digital strategy, she found her passion for digital networks while working in a much more traditional environment. After graduating Wittenberg University in Ohio and working for a local campaign in Chicago, Dowd moved to Washington, D.C., to work for a political consulting firm.

While there, she focused on grassroots fundraising projects, which at the time meant direct mail, telemarketing and a very small amount of online money. It was here, more than a decade ago, that Dowd became interested in understanding how politicians could use the Internet to mobilize votes, communicate and raise money.

When she started in political campaigns, online outreach was only a small part of the larger fundraising apparatus. Ten years ago, political organizations saw online communications solely as an avenue for generating donations. Digital spaces have drastically changed since then, and in the years following her work as new media director for Hillary Clinton’s 2008 presidential campaign, online communications have changed more rapidly than ever.

Even when not working directly on political campaigns, Dowd kept digital technologies at the forefront of her work supporting STEM (science, technology, engineering and mathematics) issues as senior advisor to the chief technology officer at the White House. Most recently, she worked on a State Department project called TechCamp, which sought to help civil society organizations around the world utilize open-source online tools in an effort to advance civil society's digital literacy.

Dowd’s work has long necessitated a local’s understanding of digital ecosystems, and her current task as digital director for Hillary for America is no different. At the campaign's headquarters in Brooklyn, she has a content production powerhouse at her disposal. Moving toward the model of media producer that’s becoming more prevalent in branded communications, her team is comprised of videographers, designers, writers and social media specialists. Online political communications have come a long way since Dowd's first days in Washington, D.C.

As the Internet has found its place in politics beyond generating donations, social media and its associated content and engagements have become an essential—yet still extremely volatile—tool for achieving political success. Dowd is hoping to use her vast online communications experience to go further than making money for the campaign by creating connections with voters that will last long after the ballots are cast.

Next week we'll be taking a look at the person behind the success of Donald Trump's larger-than-life online presence.