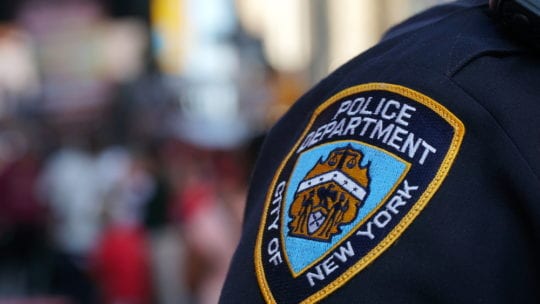 This summer has been particularly beset with loss for the New York City Police Department (NYPD)—five officers have died by suicide in June and July alone, reports NBC, in what the NYPD has called a "mental health crisis."

Responding to all officers, police commissioner James O’Neill reminded them that they are not alone. "To every member of the NYPD, please know this: it is okay to feel vulnerable," he said in a statement Saturday on Twitter. "It is okay if you are facing struggles. And it is okay to seek help from others. You may not know this, and it may be hard to imagine, but you are not out there all by yourself." He also sent a note to the 55,000 officers and civilian employees of the NYPD reiterating the importance of self-care.

That there has been a stigma attached to seeking help is not surprising in a line of work so tethered to certain social expectations around masculinity, silence and honor. Commissioner O'Neill's response is a powerful lesson for communicators—when you work for a brand or organization that places added stress on your employees, providing empathetic solutions and mental health resources is not only good for reputation—it can save lives.

Promote transparency around vulnerability through protocols

An NBC New York investigation illustrates that suicide rates among police officers has become a national crisis. "An I-Team survey of police across the country found 78 percent experienced critical stress on the job, with 68 percent saying that stress triggered unresolved emotional issues. Sixteen percent said that they had thoughts of suicide. Despite those numbers nine out of 10 officers said there is a stigma attached to seeking help."

Commissioner O'Neill acknowledged that there is a negative stigma around officers being vulnerable and opening up to each other—but said this will no longer be acceptable as part of workplace culture. He then explained what a healthier environment actually looks like.

It's every communicator's job to understand that, beyond any reputational risk or impact on your bottom line, the mental health of your employees has a symbiotic effect on the health of your entire organization.

Identify the vulnerable workers and provide resources around their needs

Last month, The Verge broke a story exposing the squalid, stress-intensive environment at Facebook content moderation centers across the country. Employees at these centers, which are run by businesses that have standing contracts with Facebook, spend their days cycling through countless pieces of abhorrent, objectionable content. To that end, it's no surprise that many of them have post-traumatic stress disorder and other problems. One man in the story even suffered a heart attack at his desk.

Though Facebook can technically wash its hands of culpability for the quality of life at these centers because they are owned by independent contractors, the story spoke volumes about whether the social network's content moderators could possibly be effective at their jobs without mental health resources.

It also ties into a national debate around Facebook's larger issues with content moderation and fake news, reminding us just how much the mental wellbeing of your workers (or your contractor's workers) can have an effect on other aspects of your organization. Take a pulse to see who is absorbing the brunt of difficult interactions and experiences at your organization, and provide resources around their needs first and foremost.

Similarly, brands working with influencers must understand that this stressful line of work comes with mental health risks. Brands should provide resources as part of influencer agreements.

Knowing when to remind employees of your support is also crucial

Another critical factor when providing mental health resources to employees is timing—optimally, these resources should be provided before the need is most dire and before the public conversation reaches a fever pitch.

Commissioner O'Neill's communication came too late to save the officers who lost their lives due to mental health struggles, and media coverage preceded any action, but he did identify a pattern and respond strongly in his messaging to both offer assistance and change the environmental factors contributing to the problem. A smart communicator should understand not just the stress, but the stressors, and be able to adjust the frequency of their outreach at times when that outreach is most needed.

If you or someone you know is at risk of self-harm, call The National Suicide Prevention Hotline at 1-800-273-8255