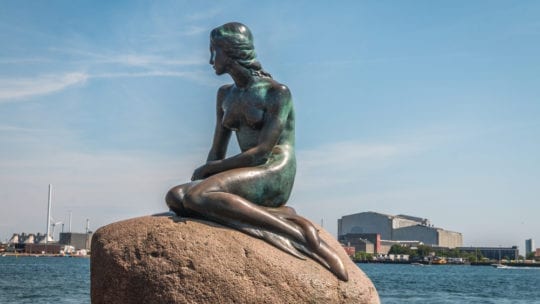 Influencers are similar to nearly everyone else in this world; they have their good and bad days. We’ll admit, however, finding a balanced view in the media of influencer marketing is rare. Once considered a fad, influencer marketing is growing. It looks to be a permanent fixture in the marketer’s toolkit. And we'll admit you’ve likely read articles on this site that imbue influencers with seemingly mythical powers to boost brand awareness, third-party authenticity and, sometimes, sales.

On the other hand, when influencers run amok, reputational damage to brands can result. Still, stories about the negative aspects of influencers seem hard to find. Articles urging companies to vet influencers before employing them seem in short supply. Ditto articles about contracts specifying exactly what you expect of an influencer.

A recent example from Denmark: Last Saturday, Fie Laursen, 23, whom The Copenhagen Post describes as a blogger, reality TV personality and “a long-established YouTube star,” posted a suicide note on her Instagram account. She has some 350,000 followers on the platform, the newspaper said. Her YouTube channel has 161,000 subscribers and plenty of sponsors.

Her family struggled to remove the letter, but lacked her password.  The post had 8,000 comments and 30,000 likes prior to its removal, BBC reported. Earlier this year Instagram said it would remove images or text related to "self-harm." It's unclear who removed Laursen's post.

An intense reaction is likely when a story includes the words "suicide" and "teen influencer." The incident has strengthened the call for stronger online regulation in Denmark. Influencers have an "editorial responsibility" to act responsibly, Pernille Rosenkrantz-Theil, the minister of children and education, told the BBC.  "You...have the same responsibility as if you were an editorial person on a newspaper or on old media."

Since school is out for the summer in Denmark, several experts have called on Danish parents to be proactive and initiate talks with their children about Fie Laursen's post and its wider mental health ramifications.

Fortunately, Laursen did not kill herself. Reportedly she's recovering in a hospital. This positive outcome might be an issue, however.

"When such a post is put up, young people may think that the person seems to get a lot of love and care from the outside world," psychologist Anna Bjerre tells The Copenhagen Post. The incident "can almost make death seem idyllic, or put a notion across that all problems can disappear because you get the help needed after a suicide attempt.”

We don't know if the dozen brands on Laursen's site employ her as an influencer. In addition, it's unclear if brands who might be employing her did their due diligence before she signed. Of course, it's also unclear whether or not there were troubling signs in her past that vetting would have uncovered. Still, some companies who sought to work with Laursen, or previously partnered with her, might be scrambling now.

Regardless of the circumstances in this particular situation, delving into an influencer's reputation before going into business with one is essential, says Emma Monks, VP, crisis intelligence, at Crisp. She recommends the following: