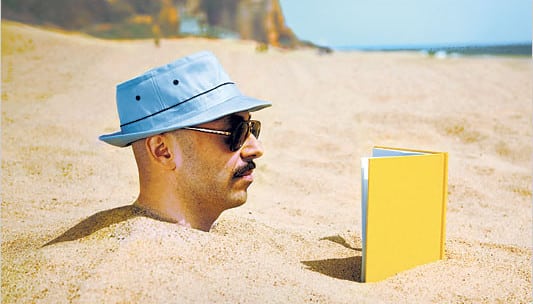 [Note: Our sister publication Crisis Insider periodically offers entertaining ways to learn about PR crisis, including through novels, film and television. The content below ran in a recent edition of that publication.]

[Crisis Insider's Editor's Note: Crisis pros who want to write a memoir often struggle with confidentiality issues. They want to avoid naming names, but are itching to tell stories. Some turn to career-informed fiction.

A recent example of this comes from former Burson-Marsteller chief Jim Lindheim and his novel “Spin,” an hilarious, informative look at a fictional tech start-up. The mercurial CEO of the company is accused of harassment. Think HBO’s Emmy-winning series “Succession,” with elements of Michael Crichton’s “Disclosure.”

Steve Manuel, a long-time professor of PR and advertising at Penn State, a career public affairs officer with the Marine Corps (1969-1996) and Pentagon spokesperson, alerted us to another novel with a PR crisis at its center. Like "Spin," it's wicked fun and loaded with useful tips for PR pros. Here’s his report.]

On The Hot Seat

I recently picked up Mike Doble’s novel “On the Hot Seat” for several reasons. The first being that I teach PR and advertising and a book from a former insider always is of great interest.

The second reason is that I served with the author at the Pentagon.

The premise of the book has the protagonist of a major PR firm and his cohorts representing a ruthless dictator, a literally toxic chemical manufacturer and a car company whose new SUV has hot seats. Honest.

What could possibly go wrong?

A great deal can and does, in the most shocking, fun and despicable ways.

The author was a career Army officer, SVP at a PR firm and spokesman for a Fortune 200 company. He infuses his fictional characters with his real-world knowledge.

Half the fun of the book is its fictional characters, settings and PR meltdowns.

The other half of the fun was finding important PR lessons, which transcend the fictional story and became must reads for my students and timely reminders for those already in the PR business.

In the course of reading the novel, I jotted down more than 70 lessons that came from the story. Here’s my Top Ten list.

While liking or disliking a novel is personal, how best to deal with a PR or life crisis is common to us all and this book maps out answers. I hope this list better equips you for that mission.

You can find subscription information for Crisis Insider here