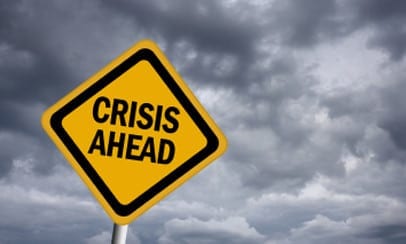 [Editor’s Note: Searching for a good read on Amazon we came across “Spin,” a novel with a PR crisis at its center. We should have known. The author, Jim Lindheim, is a former chairman of Burson-Marsteller. Lindheim worked more than a few PR crises during his long career. We asked Lindheim to open with a tease from his novel and then offer best practices for PR crises.]

The company is in a crisis. Key executives gather around the boardroom table for a strategy session, but the conversation is far from strategic.

Rather than identifying short- and long-term objectives, clarifying messages and deciding on an action plan, an in-house lawyer is huddled over a tablet marking up media misstatements, the board chair is evading responsibility, the CEO is screaming at the consultant for the bad press the company is getting, and the senior PR executive is told to order more coffee.

If this sounds ridiculous, then you haven’t been inside a crisis.

The Basic Rules of Crisis Response

Most speeches, articles and books about crisis management and crisis communications discuss rules for a proper response. The basic rules encourage brands to react with honesty, to show concern, respond quickly and keep communicating.

Unfortunately the literature almost never addresses what actually goes on inside a company when a crisis is raging. When PR pros are thrown into the raging rapids of a crisis, they have to do a lot of fast paddling. They confront organizational dynamics among people who have different titles or come from various departments.

Plus, there are personal undercurrents–rivalries, friendships, cultural differences, prejudices–as well as their own past interactions with critical players. These elements–some of which may have played a role in creating the issue–become magnified in the cauldron of a crisis.

Want insight as to why savvy brands seem to make the same mistakes during crises? Picture this scene. We see an egotistical CEO (imagine that!) who doesn’t want to adopt a “show-concern” strategy. Instead the CEO wants to vanquish the enemies. We see a general counsel who prefers to operate secretly. Then there are several excellent executives. Since they are female, they are forced to struggle against rampant misogyny. The H.R. chief is running from a larcenous past, and the CFO knows that a train wreck is coming.

Cat Herding and a Timely Response

The challenge is how to herd those cats toward a crisis-management strategy that follows the golden rules. For example, it’s hard to be transparent when the truth keeps slipping around the room, and some people may be lying.

The crisis rule that urges brands to respond in a timely manner is difficult to enforce when a powerful person in the C-suite has decided that the crisis will blow over.

As a communicator you advise the company to show concern, own the mistake and take responsibility. That’s great...until high-powered outside lawyers arrive. Chances are all of them have studied liability law, but they haven’t a clue about crisis management in the digital era.

There is no rule book for crisis management. The well-worn adages in every book and article are guide stars, not roadmaps. Every crisis-response requires two strategies. The first deals with the world outside the boardroom; handling the internal situation is the second strategy.

When people call crisis pros “spin doctors” what they fail to understand is that most of the spinning is happening inside the company. The real challenge is forging a coalition of agreement among key decision makers inside and outside the C-suite. This can be complicated. But it is the most critical element of success in crisis management.

Action: Certainly the golden rules of crisis management are useful: show concern and apologize when warranted, act quickly, be honest and as transparent as possible, own mistakes, etc. But here are four tips that, perhaps, transcend the well-worn catechisms.

I’ve seen many crisis manuals/crisis guidelines and checklists, and written more than a few. I have rarely found them to be of much use. Like a river going around a rock, crisis strategies unfold irrespective of manuals.

The best (and last) manual I wrote was on two sides of a laminated page. It reminded me of the questions I needed to ask myself and others. Examples: Do we have clear short-term and long-term objectives? What does “responsible” mean in this situation? What are our brand loyalists hearing and thinking?

Action: Jot down your pertinent questions. Consult them when trouble comes. This "manual" might help you stay focused during the whirlwind of a crisis, when it's easy to get lost.

The C-suite and board often know about a potential crisis, or should. Take Facebook, for example. Look at CBS and longtime chief Les Moonves. The CBS board received word of Moonves’ improper activities months before The New Yorker reported them. Wells Fargo management and board should have known about its bogus credit cards schemes.

The common theme is bad actors doing criminal things inside the company. These situations didn’t occur suddenly. They took time to develop and later exploded like a mine.

Action: Never stop raising red flags. Work with risk managers, HR managers, marketers and everyone else to surface latent crises. And keep an eagle eye on the changing world of issues. Something abided yesterday can become a scandal today.

For decades following its nationwide recall in 1982, Tylenol was praised as a model of crisis management. In 1990, the Perrier brand followed that model after it discovered traces of benzene in its product. Perrier ordered a nationwide recall. Unlike Tylenol, the FDA said the recall wasn’t necessary. The issue had received almost no attention.

Unfortunately the recall escalated public awareness. With Perrier off the shelf, competitors swooped in. Some say Perrier has never recovered.

Action: Pay attention to case studies, but don’t ape them.  In crisis, there’s no such thing as ‘one size fits all.’

In 2019 most people have forgotten the Perrier story. Before long, most people won’t remember which car companies cheated on diesel emissions or which bank opened phony accounts.

People forget. And brand loyalists usually are quick to forgive. Often they are eager to do so. This is why building relationships with your audience is crucial. If the bonds to your consumers are strong, they also will be resilient.

Action: Always keep your eyes on key stakeholders, not the media. No one will read your bad coverage as closely as you do. The media is not your prime audience. Your customers and consumers are; they are the people whose opinions really count.