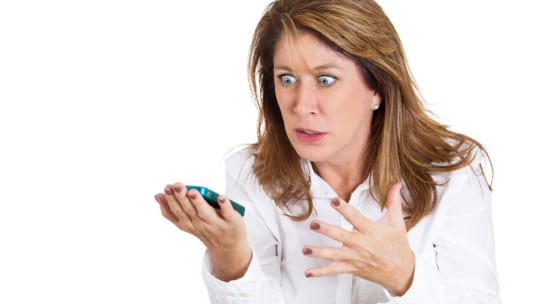 It's possible that a reporter will ask a question you’d rather not answer.

Most are asked during a PR crisis–the greater the crisis, the more likely the questions.

But not all questions that a PR pro might want to avoid are the result of PR crises or illegal acts. Some are just plain embarrassing for the company.

Admittedly, the answers suggested below will not deter a good journalist from seeking more information elsewhere. They will provide responses other than No comment. For many people, No comment is tantamount to admitting guilt and/or suggests that you're hiding something.

Exceptions to the Rule

In most cases, saying No comment to a reporter’s question is a bad move. There are exceptions, though.

For example, when a PR pro, a company executive or celebrity is asked to comment about something she has not seen. "What do you think of what John Johnson says about you in his new, tell-all book?"

It is acceptable to say, "I'm sorry, but the book just came out this morning and I have not read it yet, so I have no comment about its content."

"Can you comment on Bugle.com's story today that says your rival Bill Green has run out of cash and will close his operations?"

Your response: "I'm sorry, but I've not seen the Bugle's story yet, so I don't have a comment about it." These questions provide a rare opportunity when saying No comment should be part of the answer.

Generally, though, savvy PR pros should be able to anticipate and answer hostile questions in a way that provides a quote for reporters without divulging many details or saying No comment.

Below are several more ways to do that.

Question: “Why does your agency have so much turnover?

The answer could be, "Our turnover is not unusual for this industry. We treat our employees fairly, but if an employee is unhappy here we don’t discourage him/her from exploring other options.”

Scenario: When your company has a PR crisis and reporters want a quote immediately, before you are ready to speak

"We’re still gathering facts and will have a statement after we have more details.”

Scenario: When an executive or company is being sued

Saying, "We categorically deny the allegations," can lead to follow-up questions such as, “What about...”

Saying the whistleblower is a disgruntled employee is a poor response. A better one is, “While we do not believe we have done something wrong, we are looking into the situation and will have a reply once our investigation is concluded.”

Scenario: When the company or one of its executives is accused of sexual harassment or racial discrimination

"We are looking into the situation and will have a reply once our investigation is concluded.”

Scenario: When a reporter asks a question about the financial costs of a particular operation, deal or contract

There is nothing wrong with saying, “Providing that information would help our competitors and is proprietary.”

Scenario: When a reporter wants to know the reason for an executive change

The stock answer is, “Mr. or Ms. Jones wants to spend more time with family.” Not even the most gullible reporters believe that one, however.

A better reply: “After considerable deliberation, Mr. Jones concluded that the goals he wanted to pursue when he joined the company have been accomplished. As a result,  Mr. Jones has decided that now is the proper time to seek new challenges.”

Reporters might not believe that response either, but it provides a quotable answer, which is what most reporters need to write a story.

Caveat: If the individual is leaving because of wrongdoing, it is best to say so. As legal and privacy issues likely are involved, be sure to have a corporate attorney clear the statement.

Answering a question in a way that goes against well-known facts may result in sarcastic media coverage.

For example, calling a legitimate question that you don't want to answer a hoax is worse than saying No comment. It results in journalists turning to other sources for information.

Instead, try saying, “We think your question is based on rumors that our competitors are spreading, and we'll not dignify it with an answer. This is my final remark on the subject.” That likely will not stop journalists from pursuing the story elsewhere, but it informs media of your ground rules. Moreover, you've not used the phrase, No comment.

This is a nice way of saying that the official replied, No comment. A better response: “I’ll check on that and will get back to you.” Then, always do.

In addition, this is a good response to use when you are blindsided. “I’ll get back to you,” provides time to craft a reply.

It’s important for you to be known as media-friendly and avoid the reputation of a gate keeper. When management tells you it doesn’t want to comment on an issue, tell the journalist: “I checked with management and at this time there is no information to be released.”

While sometimes that's reported as a No comment, writers usually understand that you tried to get an answer. Your relationship with them should stay intact.