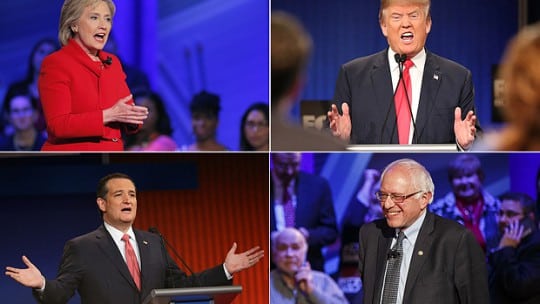 It’s said that if you listened to the 1960 Richard Nixon–John F. Kennedy debate on radio, you’d have picked Nixon as the winner; had you watched it on television you’d have declared Kennedy victorious. Nixon’s verbal content was strong and played well on radio. On the visual medium of television, however, the VP appeared nervous; JFK was viewed as handsome, fit and cool. It’s an axiom in the restaurant business that people eat with their eyes. Apparently we pick our politicians that way, too. Need more proof about the importance of nonverbal communications? A 2013 study from University College London showed people, including musical experts, focus more on a musical artist’s stage presence than his or her musical prowess when judging a performance.

As digital strategist Jonathan Rick of The Jonathan Rick Group notes, “What your body says is as important as what your mouth says.” For Donald Khoury, a widely quoted nonverbal communications expert, “Gestures communicate confidence” or the lack thereof. Confidence also is key for Saptosa Foster, managing partner of 135 St Agency. Referring to the business executives, she says, “We all know our subject, but when it comes to public speaking other things come into play.”

Two Who Are Crashing the Party: That said, however, there’s a caveat. Just as this primary season has been nontraditional in many ways, two presidential hopefuls are breaking cardinal rules of nonverbal communications.

When others are speaking during the debates, Donald Trump squints, smirks and scowls. And “he’s constantly playing with the microphone,” Rick says. In addition, Rick and Khoury note Trump’s use of his right hand when he speaks. Both describe in detail how he curves his thumb inward and bunches his fingers, using his closed hand to slice through the air, as if literally hammering home a point.

The other example of unorthodoxy is Sen. Bernie Sanders. Traditionally, public speaking, like theater, is considered a presentational sport. As such, speakers are urged to look their best. Yet Sanders sometimes fails to comb his hair fully before appearances and his wrinkled, ill-fitting suits have led to calls for his tailor’s head. And his gestures? Look on Twitter two weekends ago to find myriad tweets about Sanders’ finger wagging and arm waving. “He’s making serious points [verbally],” Rick says, “but his hands and arms are flailing…he’s hunched over…purely on his body language he’s saying ‘I’m not presidential material.’ He seems more interested in being right than on winning the election.”

Yet Trump and Sanders remain viable. “[They] are getting away with things [PR pros] would almost never encourage executives to do,” Rick says. They’re also the two hopefuls who haven’t hired a lot of consultants, so “you’re getting unpredictability and, as we see, it can work,” Rick notes. Trump and Sanders, Rick says, are the rare exceptions that prove the rule. “There are very few Donalds and Bernies out there…9 out of 10 times most [PR pros and media trainers] counsel executives to follow the Sen. Ted Cruz and Hillary Clinton [traditional] playbook” to stand erect, look and act dignified and strong “and dress for the job you want,” he says. “If not, you run the risk of your clothes and mannerisms becoming the story instead of your ideas.”

On the flip side there was unanimous agreement that the nonverbal communications of Cruz are trained, stiff and unnatural. “More than any of the others he uses gestures he’s been trained to use and doesn’t come across as very authentic,” Khoury says of Cruz. All our experts noted Cruz leans back instead of in, for example. There seems to be a veil over Cruz as a result of all the coaching, Foster says. “It’s hard to tell if he’s passionate.” Khoury takes issue with Clinton’s facial expressions. “They betray her,” he says. A subconscious cue of honesty is a wrinkling around the eyes when someone smiles, he says. Perhaps it’s Botox or plastic surgery, “but when she smiles it seems fake because there’s little or no wrinkling.” So, PR pros, urge your execs to steer clear of facial plastics and Botox. Seriously, Khoury says “you can train people to amplify honesty.”

Authenticity Reigns: OK, sowhy are Trump and (to a lesser extent) Sanders succeeding? The answer goes to another key component of nonverbal communication, our experts agreed: The gesticulating, smirking, air punching, unkempt hair and tattered outfits are wildly authentic to these two hopefuls. Sanders is even more authentic than Trump, Khoury says. Adds Foster, “You can totally see why Sanders appeals to younger voters. He’s like a nutty professor, talking with his hands, arms flailing, bad clothes. Millennials see these gestures as anti-establishment and counterculture.” Says Rick, Trump’s air punching works because it’s “an assertion of his authority and it’s in keeping with his brand of overwhelming braggadocio. It’s who he is.” Adds Foster, “he exudes confidence…control…and a certain level of ‘I really don’t care what you think of me…’ he really believes in his movement and what he’s doing.”

Khoury agrees, advocating that authenticity and a deeply held belief in what you are saying are paramount for speakers. In fact, he nearly dismisses the premise of our story, arguing that training in nonverbal tactics can go only so far. “[PR people] can [media] train executives…and a lot of [political candidates] are trained…but usually they are not as well trained as actors and so when they’re not being authentic things bleed out” in their gestures.

Basketball Hands and Other Tips: Speakers should avoid rubbing or circling their hands, Khoury says. “Don’t have any barriers in front of you…President Obama is a master at this. It looks like he’s holding a basketball…he never rubs his hands together.” And keep your podium free of notes and papers, Foster counsels. Another trick: place your hands on your chest; “people will want to believe you and listen to you,” Khoury says. Although finger pointing works for Sanders, our group urges speakers to avoid it. “It looks too aggressive,” Rick says. “Be aware of your body, your gestures and your breathing…this all comes from practice and rehearsing,” Foster notes. To avoid flailing arms hold the sides of the podium a la Trump; “it will keep you grounded,” she says.

[For Subscribers: For more public speaking tips, please see the Subscriber section of our site.]