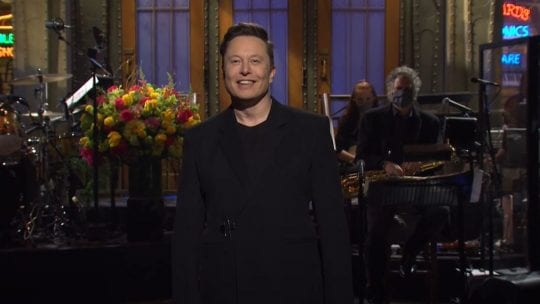 On April 4, entrepreneur Elon Musk became Twitter’s largest shareholder, at just more than 9 percent. Today (April 5), Twitter’s CEO, Parag Agrawal, took to the platform to announce Musk’s appointment to its board of directors.

I’m excited to share that we’re appointing @elonmusk to our board! Through conversations with Elon in recent weeks, it became clear to us that he would bring great value to our Board.

Musk has become somewhat of a polarizing public figure. Many see him as a visionary and inspirational billionaire—founder of electric car behemoth Tesla and technological explorer at SpaceX. However, for others Musk is an impetuous leader, known for spouting off on Twitter without contemplating ramifications.

Musk’s current crisis is a racial discrimination lawsuit filed against Tesla. California’s Department of Fair Employment and Housing brought the case on behalf of more than 4,000 current and former Black workers. Many have testified accounts of rampant racist rhetoric on the job, as well as incidents of harassment and racial favoritism. In December, Tesla moved its headquarters to Texas from California.

So, it’s reasonable to think the implications of Twitter's move might become complicated, to say the least.

“Thus far, Twitter’s CEO and other board members are providing appropriate support for the decision to grant Musk a position through their tweets and other public statements,” says Gene Grabowski, partner, kglobal. “They need to continue to articulate that Musk will play a constructive role on the board." He adds that Twitter should emphasize Musk's "goal of driving the social media platform to be more open and fair to all points of view.”

Public reaction on Twitter to Musk ran the gamut of shock to pure joy today. Some vividly expressed concern.

Can’t wait to start tipping people in #Dogecoin on Twitter 😍

Musk does not own the company, therefore he cannot exercise complete control. He answers to the rest of the board as well as users and the public.

Communicating a Controversial Board Addition

Musk is not the first, nor the last controversial figure to join a board. Communicators must prepare carefully should that situation arise.

Vetting tends to go by the wayside when companies welcome prominent individuals who become heavy investors. Controversial behavior, as in this case, ill-received tweets, can shrink in the shadow of someone with great public and financial influence. So far, Twitter is employing the correct communication strategy for the situation, Grabowski says.

“They must show unified support and provide concrete reasons why the appointment makes sense to the company and to its shareholders,” he says.  “At the same time, the controversial appointee should keep a relatively low profile and allow the company’s top executives and board members to make public statements for the news media.”

However, Twitter, or any board for that matter, should pay close attention to reactions of its other board members and corporate executives and be prepared with strategic replies. Musk will need to practice some real self restraint.

“Difficulties most often arise when some board members or senior executives break ranks and criticize the board appointment,” Grabowski says. “If that happens in this case, it will be even more important for Musk to refrain from making defensive statements on his behalf or to attack his critics. Musk’s history would indicate that it will be very difficult for him to remain relatively quiet in such circumstances.”