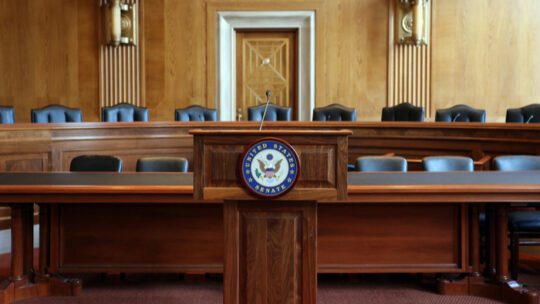 Excuse the sardonic headline, but the month of April was one for the record books. Just when you thought that communication consulting was finally getting the respect it deserves, you realize that some senior leaders and their attorneys haven’t heard a word PR pros said. Given the number of crises, investigations and hearings these days, it’s amazing that corporations aren’t better prepared for questions they’ll get when under congressional and other scrutiny. For example:

During a hearing of the House Committee on Oversight and Reform last month about the opioid crisis, the managing partner at McKinsey and Company, under fire for advising both Purdue Pharma and the Food and Drug Administration, was asked why a McKinsey employee included a smiley face in an email discussing revised language about the painkillers. Bob Sternfels responded with this astounding sentence in his attempt at an apology: “I completely agree that a smiley face is totally inappropriate.” The committee members didn’t buy it.
During a congressional hearing, also last month, which was examining thousands of complaints about military housing, a representative of a company that provided housing, Balfour Beatty Communities, told senators: “Things go wrong…we're not perfect." This after the committee released a report citing hundreds of cases of neglect of tenants’ complaints of mold and hazardous conditions and after being investigated, found guilty and fined for fraudulent reporting, in 2019.
In the same month, BlueTriton­–formerly Nestle Water, owner of Poland Spring, Arrowhead, and others­–attempted to defend itself in a lawsuit. In court it stated that its brand promise of being environmentally friendly is nothing more than “aspirational” and “puffery.”

This month we’ll focus on two of the more knuckle-headed apologies we’ve heard of late: McKinsey and Balfour Beatty.