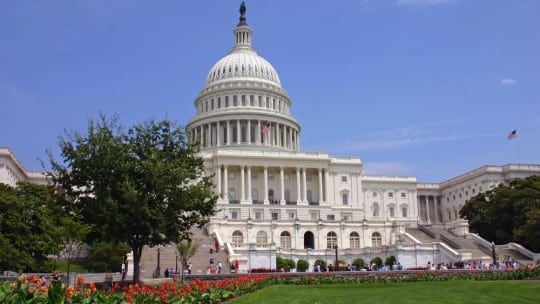 Many local or purely trade news stories have national hooks. Today for instance, any healthcare news pitch can be tied to national health policy, giving it a weight that goes beyond its local value. As Washington increasingly is involved in local and regional affairs, what were once considered local stories can—if properly positioned—have a national impact. This article will show you how.

Any news item that has ties to Washington—by topic or legislation—is fodder for a Washington press launch. All you need is a plausible linkage between the story and Washington. Examples include:

Those examples just scratch the surface. In fact, it is far more likely that the subject of the news item can be adapted to Washington.

The first thing to do is determine how to tie your news to Washington; once you try, you’ll be surprised at how easy it is.

Next, book an issue- or product-launch press conference at the National Press Club (NPC) in Washington. This facility is akin to a professional fraternity/sorority house for Washington-based reporters. Media look for stories here, as well as for connections with colleagues. Since media tends to congregate at the Press Club, it hosts many daily activities: press conferences, guest speaker luncheons and Washington officials making public policy pronouncements. All this makes it a very good location for you.

There is a press club in New York City as well, and it also offers facilities and support for newsmakers, but its approach is different and beyond the scope of this article.

The NPC staff is geared to help. There is a range of reasonably priced promotion services to help encourage its members to attend your event. It also offers a volume-discount arrangement with PR Newswire for press releases tied to press conferences.

Plan for a late-morning or early-afternoon event on Monday or Tuesday. Avoid lunchtime, as many of the biggest names in Washington will be addressing reporters at luncheons. Monday or Tuesday scheduling is essential to permit sufficient time for that mini-media tour, first in Washington and then in New York City.

Secure a room that can be expanded if attendance is larger than expected. For example, in launching an event about candidate Mitt Romney during the beginning of the presidential election primary cycle two elections ago, planners anticipated 20 reporters and two TV crews. But, being prepared by securing an expandable room, they had few problems accommodating the 40 reporters and four TV crews who actually attended.

As soon as you begin the press conference, your back-home support team [see sidebar] should begin calling, emailing and texting press decision-makers in Washington and New York City, pitching interviews with the spokesperson based on the subject of the Washington news conference. Owing to the risk of embargos that are not respected, these media can be teased before the press conference, but that’s all.

It will be up to the support team to start scheduling live and pre-recorded interviews on cable TV networks, talk radio networks and programs, print and print/Internet media, as well as select bloggers. There are bloggers in every industry whose credibility now ranks them among the Washington and New York media.

In advance, write a series of bylined op-eds that now can be pitched to major consumer and trade publications. These media targets can range from USA Today to The Wall Street Journal, as well as to specific trade media.

Transport:Having a dedicated driver and vehicle waiting for you during every interview will pay for itself. [More in sidebar below.]

Plan for a day and a half in Washington, followed by a night flight to New York City leading to two days of metro New York interviews. In scheduling, allow ample time for ground transportation between venues, as well as downtime for the speaker/executive to unwind and debrief.

Flexibility is critical. After completing the Washington segment and flying or driving to NY, you might have to quickly head back to D.C. for another interview, a last-minute opportunity that coulld turn out to be the most important interview of the tour.

Conducting a mini-media tour in Washington and New York City is a great way of generating national press coverage for your local story; however, to do so effectively, you need to use a few tactics that will get the job done.

Media List:  First, you need a custom media list – focused on media who – because of their focus – might be interested in your story. The list should be localized to the Washington and New York City metro areas, within a radius of 50 to 100 miles from the city center.  There are several sound media databases available; for those on a budget, it often is possible to have a list sub-contracted to a subscriber to one of those media databases.

Ground Transportation:  For local travel, avoid taxis or subways.  Charter a limo and a driver who is responsible for getting you to your next interview, then waiting on your return.