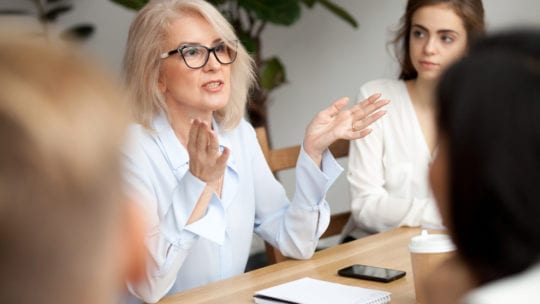 [Editor's Note: "Failure is the mother of success.” Thomas Edison tried thousands of light bulbs before he discovered his life-altering solution. Babe Ruth hit 714 home runs, but retired as baseball's strikeout leader. KFC's Colonel Harland Sanders was 65 when he began franchising his approach to fried chicken. He was rejected more than 1,000 times. Howard Schultz approached 242 investors with the idea of a chain of coffee shops. Nearly 220 of them refused the concept for Starbucks.

In this PRNEWS series, a  partnership with the Institute for Public Relations, industry leaders share difficult, early lessons. See the previous article in the series.

In today's essay we hear from Shirley Powell, SVP, communications and industry relations at Cox Automotive. For two decades prior to her position at Cox, Powell was a fixture in the cable industry. She held senior communications positions at The Weather Channel, Turner Broadcasting System, NBC Entertainment and Disney Channel. Powell shares a tough lesson from early in her PR career that she uses to this day.]

My first boss, Joe Curley, was a veteran PR professional and an owner of Curley & Pynn Public Relations in Orlando. I started my career there, as a coordinator.  I served on the Universal Studios account, as well as several others.

The ink had just dried on my journalism degree from Temple University when I found myself in Joe’s office. Week after week I would ask him what to do in any number of situations that I had not yet experienced in my short public relations career.

I wasn’t even supposed to be in Joe’s office. I planned to start my career in Philadelphia, at a “big-city” firm. But I quickly realized that you can’t pay off student loans with job interviews. So, I followed a tip (thanks, Uncle Bill!) and moved to Orlando in 1988, just as Universal Studios announced a new theme park. The area was booming and I was anxious to get my career started.

Things started going exactly to plan when I quickly found an entry-level job with Curley & Pynn just as it landed Universal Studios – and I was assigned to work with Joe. He was very warm and approachable, just what I needed as I was learning the ropes. We had a great system. I would go into his office and explain an issue or problem, and Joe would tell me what to do.

Joe had an answer for everything. I was getting an education; he was teaching me everything he knew. Until one day it didn’t quite go that way.

Bump in the Road

I went into Joe’s office, as always, with my problem – I can’t remember the specifics. But I remember what he said: “From now on, I don’t want you coming to me with your problems. I need you to come in here with some options for solutions and we’ll talk through those.” I thought I’d get my weekly supply of fish, but he handed me a rod, hook and bait instead.

I left with my tail between my legs and that insecure, I’m-going-to-get-fired feeling in my stomach. It was awful. But the next time I went into his office, I had answers. Some of them were off-base, of course. But that wasn’t the point. I was learning the necessary skill of problem solving.

After that I never approached my boss, a client or an executive with a problem unless I had already thought through possible solutions. I’ve encouraged everyone who’s ever worked for me to do the same.

Over the many years since, Joe’s been on my shoulder every day when I’ve asked myself – or someone else – that vital question: “What do you think we should do about that?”