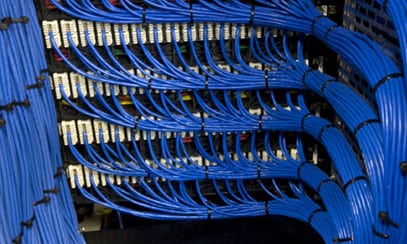 [Editor's Note: "Failure is the mother of success.” Thomas Edison tried thousands of light bulbs before he discovered his life-altering solution. Babe Ruth hit 714 home runs, but he retired as baseball's strikeout leader. KFC's Colonel Harland Sanders was 65 when he began selling his fried chicken recipe. It was rejected more than 1,000 times. Howard Schultz approached 242 investors with the idea of franchising a coffee shop. Nearly 220 of them refused the Starbucks concept.

In this PRNEWS series, a  partnership with the Institute for Public Relations, industry leaders share difficult lessons. See the previous article in the series here.

In today's essay we hear from former Cleveland Clinic executive director, corporate communications/PRNEWS Measurement Hall of Fame member Eileen Sheil about the importance of staying ahead of change and having the courage to admit when you're not.]

A few years ago at the Cleveland Clinic, we realized we were behind when it came to using technology to tell our story. We weren't fully operating as a digital communications office. Our Marketing counterparts were more advanced in delivering outcomes that were digital, mobile and measurable. We had to change quickly, recruit talent, and learn to work as an integrated team.

The team wanted to enhance traditional PR, one of its core functions and a huge strength. It sought to amplify news coverage, reaching new stakeholders beyond the media. These stakeholders included our employees, health influencers, business leaders, government officials and donors. In addition, the list included entities such as the National Institute of Health and American Stroke Association. Since these additional stakeholders could share our content, they became increasingly important.

Our goals included creating more owned news. We also wanted to amplify traditional news coverage. In addition, we wanted to ensure we measured our effort. With a budget already in place, we had to launch a six-month pilot, relying on limited resources. We enjoyed support, though we needed to demonstrate positive results before receiving long-term funding.

A Challenge: Staying 'On Brand'

Supporting the hospital's mission was key to the PR team's strategy. On the other hand, Marketing concentrated on health and wellness. This created another challenge. We needed to remain “on brand” without losing our goal of telling compelling stories through clinical excellence, research and medical education.

Further, we wanted to target people who would travel for complex health care issues. These include heart surgery, neurological conditions and complex digestive diseases, to name a few. In telling stories, long-term resources were essential to follow a patient’s journey back to health. For example, sometimes that required having a videographer go to a patient’s home, birthday party, or playground. The videographer might stay with the patient for months, documenting milestones that helped inform the storytelling.

In addition, we created Twitter handles (@CleClinicNews and @CCforMedia). We wanted organic followers to learn more about our stories. In addition, we wanted a dedicated media handle to provide content specifically for journalists, so they could access assets to produce stories. Ultimately, the organization recognized and valued our work. In turn, we received budget support. This allowed us to build on the team’s work.

Although we started late in the digital landscape, we were able to move quickly, prove our value and secure a budget to support our strategy that continues to make an impact on the organization. One of the lessons learned, however, is to be ahead of change. Know what resources you will need to keep pace. Recruit and train talent that can help make it happen.

Managing change takes teamwork, trust and organizational support. In the end, the communications team became stronger and was highly committed to the new direction. Its members felt engaged, valued and able to do their best work.