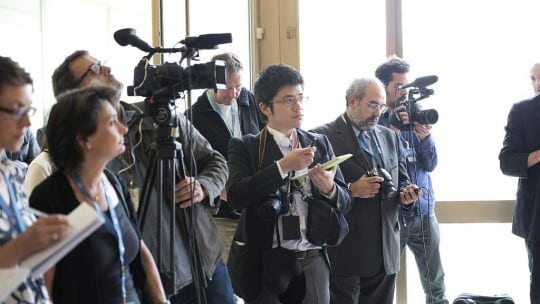 Media relations pros often say that a key to working with journalists is creating relationships and treating reporters as partners. So, how is your ‘partner’ doing during the pandemic? A new survey of 150 business and tech journalists, including freelancers and bloggers, offers insights.

In short, while the pandemic changed certain journalistic tactics, many of the basics of media relations remain, according to the survey from Touchdown PR, which was provided exclusively to PRNEWS.

Media members were not spared from the pandemic’s economic woes. Nearly one quarter of journalists surveyed (18 percent) said they had to find other sources of income last year. Nearly 25 percent lost work during 2020 owing to the pandemic. The same percentage, 25 percent, were required to reduce their rates. More than half (65 percent) reported working longer hours.

Working from home wasn’t too difficult; nearly half the journalists surveyed were doing so before the pandemic. Of those who were not, 25 percent found it a challenging adjustment.

Still, things were relatively stable for the overwhelming majority (75 percent), who saw no income change or received an increase.

And since we began with a mention of relationships, PR pros should know 32 percent of journalists surveyed said their mental health had worsened; 23 percent had no one to talk to, or chose not to talk to someone about their mental health. Fortunately, 47 percent spoke to a friend, family member or counselor about issues.

As you can imagine, the survey found attending events, interacting with colleagues and meeting new contacts were the things journalists miss the most. What they missed least included commuting, working in an office and drinking office coffee.

In terms of pitching, it’s getting harder. Twenty-three percent said they answer PR pros’ phone calls less than they did before the pandemic. Nearly half (46 percent) preferred not to receive phone pitches.

Regarding content, journalists were split evenly on writing about COVID-19: 52 percent were ready to continue offering pandemic-related articles, while the rest (48 percent) were either slightly or very fed up covering the issue.

The survey shows one thing hasn’t changed: Journalists want brief pitches that are relevant to their beats and readers’ interests.

PR pros and event planners take note: journalists cited awkward formats and poor moderators as main complaints about virtual briefings and events. The content on video calls also took a hit, with criticisms that included “dull” and “not always relevant and to the point” to companies “think everything that they announce is worth a video call. Ugh.”

Journalists also objected to having too many people on these calls, which make them seem impersonal. Other tips: don’t block the chat function and avoid scheduling video calls after 5 p.m.

The journalists’ overwhelming platform of choice was Zoom (65 percent). Of the other platforms, just 30 percent picked Microsoft Teams as their preferred venue, Google Meet mustered 17 percent, Webex (5 percent) and Skype (4 percent). The favoriting of Zoom was a surprise to Touchdown PR CEO James Carter. "We’re all familiar with...‘Zoom fatigue,’ but when it comes to briefing a journalist, brands would do well to offer the most popular video platform as an option,” he said.

That’s not to say journalists necessarily enjoy video calls, though slightly more than half (56 percent) said they’re happy to keep using them. Asked for their top three complaints about them, they listed: length (they are too long), volume (there are too many) and fatigue (they’re more taxing than phone calls).

Some journalists, the survey said, feel self-conscious in front of the camera during a call. In addition, it’s exhausting, they said, to have one’s ‘game face’ on while talking and listening to others; taking notes and multitasking with the camera on is an issue too.

To end, another word about relationships. Journalists appreciated the creativity of PR pros who tried to foster relationships even when in-person meetings are verboten, the survey said. It asked about the nicest thing a PR pro had done for journalists in 2020. Answers included small gifts and other personal touches (chocolates, wine, cards and meals for virtual lunch briefings).

Those communicators without budgets for such amenities need not worry, though. The most-appreciated thing PR pros can provide, the survey said, is to do a solid job. Calling with important news, keeping pitches brief, being helpful and minding deadlines were most appreciated. As Touchdown's Carter said, "Looking at the survey results as a whole...[the] advice to any brand engaging with the global media community is to keep it personal, keep it real and keep it short.”

The survey was fielded late in 2020 to content creators in 16 countries, including the US, UK, Canada, Russia, Japan, France, Singapore and Australia. Touchdown plans to release it later this week.