As Mark Twain said, “Writing is easy. All you have to do is cross out the wrong words.” The trumpeter Dizzy Gillespie said something similar about playing jazz solos: “It’s taken me all my life to learn what [notes] not to play.” OK, but those are two of the greatest artists in America’s history. What about when the rest of us try to create art with a press release, a speech for our executives or a tweet? What notes or, more precisely, words should we omit? What should we be thinking about as we approach the keyboard with a blank screen in front of us and the clock ticking overhead? We asked four PR pros with extensive writing backgrounds to provide tips and tactics. Interestingly, the advice of Twain and Gillespie offered was not far off when it comes to PR writing. 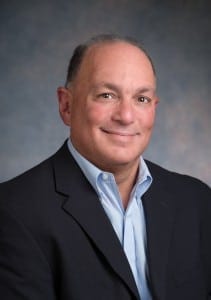 In the Beginning: We started from the top, with the dreaded press release, asking Opperman about his thought process. “My first thought is who’s my audience? What’s their expectation? How much knowledge do they have? How much time do they have [to read]?” If he’s writing a release about a topic he’s unfamiliar with “I begin by asking a lot of questions.”

Four: “I try to use [this next tip] in everything I write,” he says. Opperman thinks about telling a story with four components: the good guy, the bad guy, the conflict and the resolution. When he’s writing press releases for an academic client, he says, the good guy is “that [colleges are] opening young peoples’ eyes to great opportunities; the bad guy is what students don’t know; the conflict is how to open their eyes; and the resolution is what we do with our alumni and faculty to create a great experience for these young people.”

Stop the Noise: After he writes a press release or a speech Opperman tries to edit it down. “I think of the film Philadelphia (1993), where Tom Hanks’ character is telling his lawyer (Denzel Washington) a long, detailed story about contracting AIDS and getting fired as a result. Denzel stops him and says, “All right, look, I want you to explain this to me like I’m a 2-year-old, OK?” And Hanks' character says, and I'm paraphrasing here, I’m sick, they fired me, it’s not fair." Opperman says, "I always think about that when I’m editing so I can cut out words and explain things simply. What are my need-to-know words, good-to-know, nice-to-know and like-to-know? I literally make a game out of it…I look at every word in the sentence. Do I really need every one of those words? If I have three sentences, can I do it in two and add elements of the third sentence to the second? Then I look at my paragraphs and see if I can take it down by one paragraph…I literally go down to the character to see how short I can make it…I’m looking [to delete] the noise in my message, that’s the key. [The noise] is blocking my message. I’m reducing the size but by default I’m cutting down the noise.”

Speeches: We asked Opperman about writing a speech for executives who hate public speaking. “Try to accentuate the positives and minimize the negatives. With an uncomfortable speaker, avoid a word-for-word script. Provide bulletpoints and let them speak extemporaneously. A lot of executives won’t make the time or lack the time to rehearse a speech. Again, give them bulletpoints. When your speaker is talking about a topic he/she doesn’t know well, script them and rehearse.”

A Hero’s Life and a Laugh: Goldberg echoes Opperman’s four storytelling elements and adds a twist. He cites Joseph Campbell’s book The Hero’s Journey, which examined legends and stories for common elements. Campbell’s conclusion is that tales from Beowulf to Batman have: a hero, a challenge and a resolution. You can apply these elements to your writing in PR, too, Goldberg says. One of the keys is getting the reader to identify with your hero, make him/her relatable, he says. A useful exercise, he says, is looking at stories in newspapers and magazines and trying to figure out who the hero is in a story and then thinking about the pitch that attracted the reporter to the story Try to identify the conflict, the resolution and the pitch, he says. Beyond the hero concept, he, like Opperman, urges PR writers to be succinct and write with verve and sometimes humor. “The best way to write is to make yourself laugh,” he says. “If you can get a giggle in the initial draft there is life in your words. After that you can edit and scale back as needed. If you are bored writing copy, the reader will be bored reading it.”

140 or Bust: Lamp’s expertise is social media, so we asked for his take on whether or not it will be good for PR if Twitter expands beyond 140 characters. “It’s going to happen,” he says, although, similar to the other PR pros here, he values succinctness. In fact, he suggests keeping tweets to about 100 characters, affording the bandwidth to include a visual element, which he recommends highly. “Social media, regardless of the platform, is a visual medium,” he says, noting studies showing people view tweets with visuals at twice the frequency of text-only tweets. “Most people are looking at Twitter on mobile devices today. So as they are scrolling down it’s clear they’re more likely to stop on a tweet with a picture.”

More Fun: Can a staid, dare we say un-sexy, brand break free and make use of social media in a fun, engaging way? Yes, he says. In fact, one of Lamp’s favorite examples is an effort where the seemingly prosaic USDA spiced up its image with tweets mixing meat inspection with imagery from Star Wars during the Internet holiday known as Star Wars Day. “If I had a client working in a relatively dry industry I’d look for an organic marriage between it and something trending,” he says, noting the relationship “must make sense.” A warning: Some imagery, like the Olympics and the Super Bowl, are rights protected and are available only to sponsors.

It’s a Journey: We ask about frequency (not that kind; come on, this is a family publication). “The #1 rule for brands (and blogging),” he says, “Is it sustainable? So many companies put a lot of effort into creating a blog, adding the initial posts and then they realize quickly they don’t have the stamina for consistent blogging....Cadence and frequency are important for followers and Google,” which penalizes blogs that aren’t refreshed regularly. You don’t need a year-long editorial calendar, Lamp says, “but at the least forecast over the year some of the issues you will talk about…and put together a monthly calendar, but leave gaps so you have room for spontaneity.” Regarding Twitter frequency, Lamp has “no hard and fast rule…be careful of oversaturation, don’t tweet 10 times a day…but if you can’t tweet every few days, [Twitter is] probably not right for your brand. Remember, it’s a conversation.” 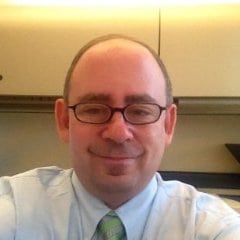 Consumerize: Like the pros above, Zane advocates brevity, simplicity and storytelling. “You have to know how people consume content today…nobody reads anymore. That’s why it’s important to embed videos that tell a story into your releases.” And keep it simple. Even when he’s writing about complex medical technology and procedures Zane tries to “consumer-ize” his story-based press releases, realizing his audience is “wide, not everyone will have extensive medical knowledge.” That’s why he keeps releases to “a 4th grade [intelligence] level…send a simple message…and avoid jargon and acronyms.” He’s also a fan of including an infographic or snippets of one with a press release. “Sometimes they’re more helpful than the release itself,” he says. “Short items, short videos, pieces of an infographic, those are things that can be shared,” he says. “That’s how people consume content.”