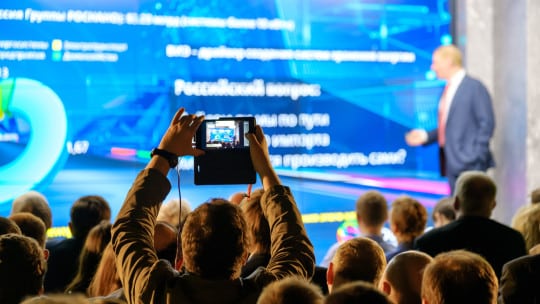 Brace yourself; I’m about to say something shocking. Video content is dominating the web. Ah, who am I kidding? You knew that already. The medium of moving pictures clearly is the vehicle of choice and Facebook is fast becoming the primary delivery method, with 2 billion monthly active users. It is thought that video posts are given twice the reach of photo posts. And it is clear Mark Zuckerberg and his team are doing all they can to encourage publishers to put more weight behind video. And yet, a surprising number of brands have been slow on the uptake to embrace a Facebook video strategy.

So, what can you do to grab eyeballs? Here are Facebook video strategies that, when combined, will propel your brand:

It’s not a secret that live videos are given a significant boost in news feeds, helping to ensure that broadcasters capitalize on the moment by extending their reach to maximize audience figures.

There’s something innately appealing about live video, experiencing what’s happening in the here and now, which is why Facebook Live has been such a success since its mainstream launch in 2016, overtaking Twitter-owned Periscope to dominate the live-streaming landscape.

It can be flattering for fans and followers to make live connections, asking questions in the comments to create two-way conversations, fostering good relations and building strong brand loyalty, which is why you should ask your audience to suggest ideas when brainstorming content creation.

IBM, for example, has cultivated a strong live strategy, winning Best Facebook Live campaign at the 2017 PR News Social Media Awards. Its most successful video grabbed more than 100,000 views, 5,000 likes and hundreds of comments and shares.

What’s more, once you pull the plug and stop broadcasting, the live post is converted to a traditional video, sitting on your timeline to be enjoyed for eternity, so don’t be put off the idea by thinking there’s no long-term benefit.

Get The Full Picture

To many, this may sound like the realms of sci-fi fantasy, but the world of virtual reality is fast becoming more real as 360-degree video strategies take hold in 2017.

Although VR headsets are big sellers, Facebook 360 isn’t limited to additional hardware, as mobile users can simply turn their devices in any direction to immerse themselves in panoramic action. Desktop users also can click and drag the screen to manipulate their viewpoint. This hands-on activity promises to create moments that resonate on a deep level.

A Google study that compared two identical YouTube ads, the only difference being one was 360-enabled and the other was presented as a standard video, found the 360 version achieved 41% more earned actions, or click-throughs, shares and subscribes.

Thus, there’s a strong case for giving your audience the full picture and allowing it to interact with video vistas, particularly if you’re a B2C brand with a destination to sell, which is why 360 has become integral to travel video marketing.

Facebook advertising is incredibly effective, owing to the fact that you can zone-in on target demographics with extreme specificity. People share an incredible amount of information about themselves on Facebook - date of birth, location, place of work, interests, etc. - which you can use to your advantage, ensuring your advertising budget goes further by focusing on ideal customers.

Whereas television and radio ads offer more of a scattergun approach, you can get down to the nitty gritty with Facebook’s Custom Audiences feature. For example, musical startup Bristol Drum Co. went from no audience to more than 3,000 views in one week, simply by targeting people who list ‘drummer’ as their occupation and the U.K. as their location.

Further, you can determine exactly what you pay for, whether it’s video views, site click-throughs or increased page likes, allowing you to tailor campaigns that are in-line with your marketing goals.

So that, my friends, is why you should jump aboard the bandwagon and formulate an integrated Facebook video strategy.

Jon Mowat is owner of Hurricane Media. Follow him at: @HurricaneMedia