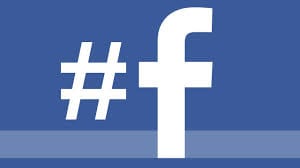 On Tuesday The Wall Street Journal reported that Facebook is working toward bringing an iconic feature of an archrival to its own pages: the hashtag.

The hashtag, a word or phrase preceded by the "#" symbol, is a centerpiece of Twitter. It's used to group tweets about a specific event or topic together for easy search, but in the last few years has morphed into a form of creative expression. Some hashtags have reached pop-culture status (read: Charlie Sheen's #winning).

The news that Facebook is now testing a hashtag feature comes as no surprise because Instagram, which Facebook acquired  last year, uses it,  enabling users to group their photos. So, what's the advantage for Facebook  pages? Social pundits say the move is marketing driven, as users who are interested in a particular topic will be able to peruse groups of posts, which will keep them logged into Facebook longer—and see more advertising messages.

For communicators, the ability to group Facebook posts should enable  more insight into key influencers on Facebook, and improve site stickiness.

Since the hashtag is identified with Twitter, PR News did quick polls on both Facebook and Twitter, asking our followers what they thought about the move. Though unscientific, opinion ran about 60% #against, 30% #allforit and 10% #whatsthebigdeal. Here are a few comments:

Melanie Gregg: "The only people who use hashtags on Facebook are the people who have no clue what the hashtag is for. It's absolutely annoying and shows ignorance. I love the concept of the hashtag on Twitter. That's how I find out who is posting about what. With the privacy options on Facebook, the hashtag makes no sense."

Kathleen Cameron: "People are using them anyway, so they might as well be built in."

Miki Pereanu: "Hashtags on Facebook - or what happens when idiots become inspiration for the greater good of marketing."